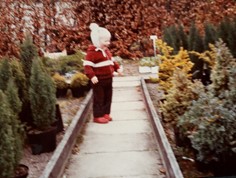 “I’ve grown up with plants, my grandfather had a commercial nursery up in Northumberland and my mum worked in the family business too. One of my favourite early childhood memories is of wandering around my grandfather’s nursery of potted dwarf conifers, it was like walking around a miniature forest, I just adored it! I think this feeling of a world within a world is something of a theme in my design work and it probably stems from those early memories. [Images Howard aged 3 at the family Nursery and Howard in the garden collecting plants. With permission.]

When I left home, I studied architecture and, via spells repairing old skyscrapers in New York and building straw bale houses in Australia, I became a registered architect designing primary schools and playgrounds in London. Alder Hey has an ethos of ‘the child at the centre’ of decision making and this is something that really chimes with me; I love sneaking in little opportunities for children to play or make a game out of something in my designs.

Although my background is as an architect I don’t really like to be pigeonholed; I’ve won awards and competitions for garden design, educational buildings, residential design, sculpture, drawing and conceptual designs. Right now, I’m working on projects that range from product design, furniture, interior design, landscape and of course this garden! The thing that binds this all together is a natural curiosity to experiment with materials and processes, craftsmanship, and this endeavour to create total works of art, where the design touches on everything: landscape, the building within it and the contents of that building are all part of a comprehensive artwork.”

“As brothers we’ve always acted as a second pair of eyes for each other and were doing increasingly more collaborative projects together, which is why we decided to form the company H. Miller Bros. Being brothers, we share an understanding and ambition that transcends most normal business partnerships. We bring complementary skills that combine into something greater than the sum of its parts.” 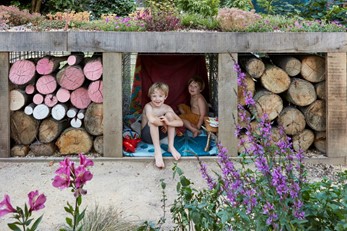 [Image: Garden design by Howard for the textile designer Donna Wilson. With permission.]

“I started making furniture at the age of 15, but my formal training was in architecture like Howard. I tried the office-based career of an architect, but I just felt too removed from the physical materials I was designing with, so after completing a Masters in Architecture, I started my own furniture studio. I see the pieces I make as small pieces of architecture, where the concept is embedded in the intricacy of the detail. Furniture and architecture are the same thing – they just inhabit different scales.

A major highlight and a key influence on my design work was the time I spent researching in Japan as a Winston Churchill Memorial Fellow. It led me to develop a set of design principles, inspired by Japanese applied arts philosophy, that now underpin my work. 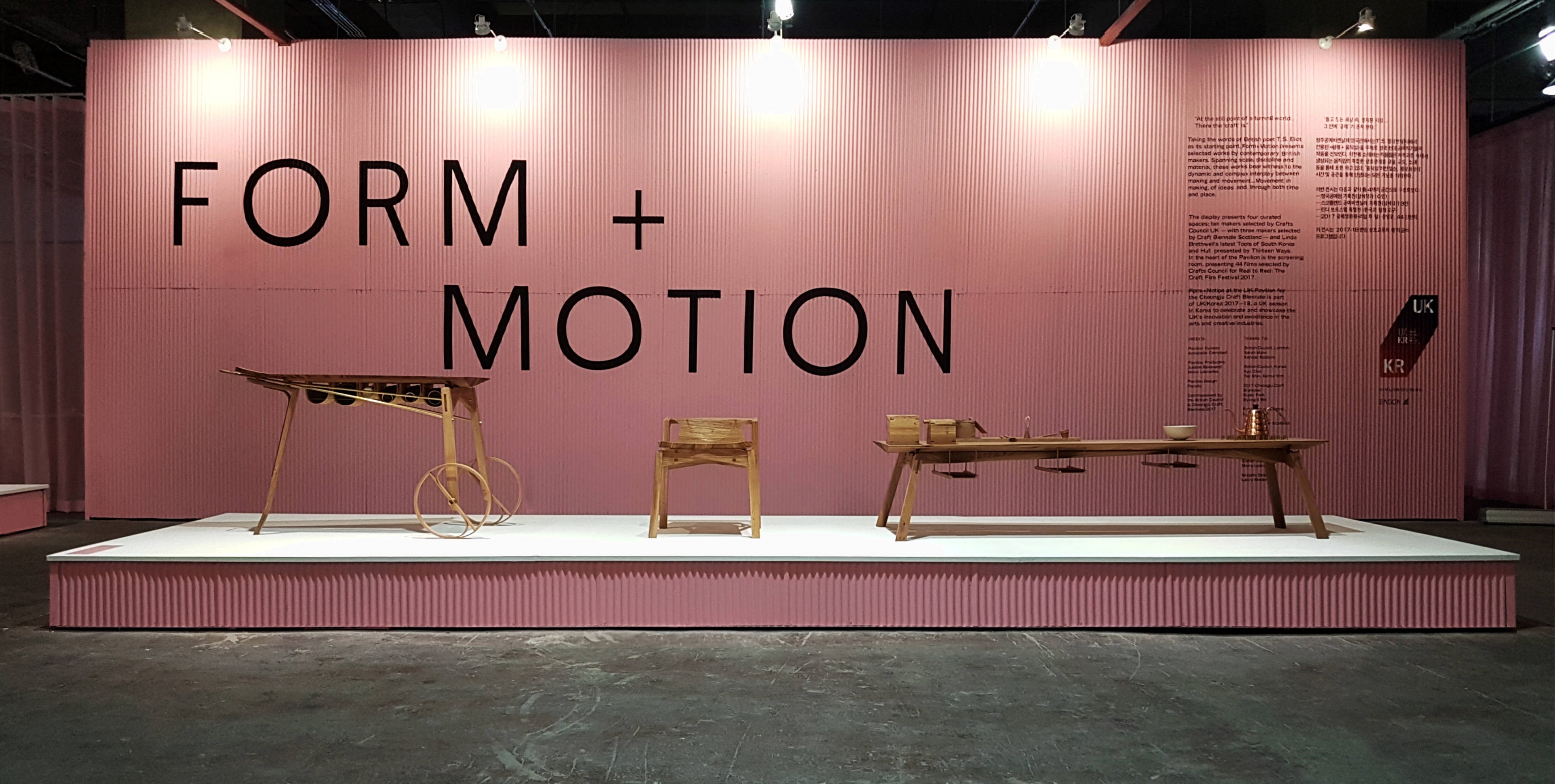 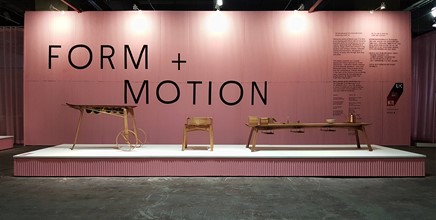 My research in Japan resulted in a book entitled Japanese Wood Craftsmanship which has led to my role as a visiting professor at Osaka Institute of Technology in Japan. I’ve also delivered lectures about this subject and taught at Newcastle University School of Architecture.

I’ve shown furniture internationally, including exhibitions at the Saatchi Gallery, London, in the British Pavilion at the Cheongju Craft Biennale, South Korea, and in the Næstved Museum, Denmark.

I’m really excited about the collection of foraging tools and the foraging kitchen we are making for the Urban Foraging Station; they are so unique and playful, and they really embody this idea of the total work of art that Howard and I love so much.” [Image: Huge's coffee ceremony furniture collection at the British Pavillion at the Cheongju Craft Biennale in South Korea. With permission.] 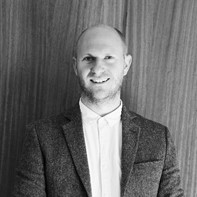 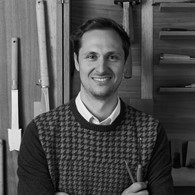