Why 8 year old Hayden needs your help this weekend 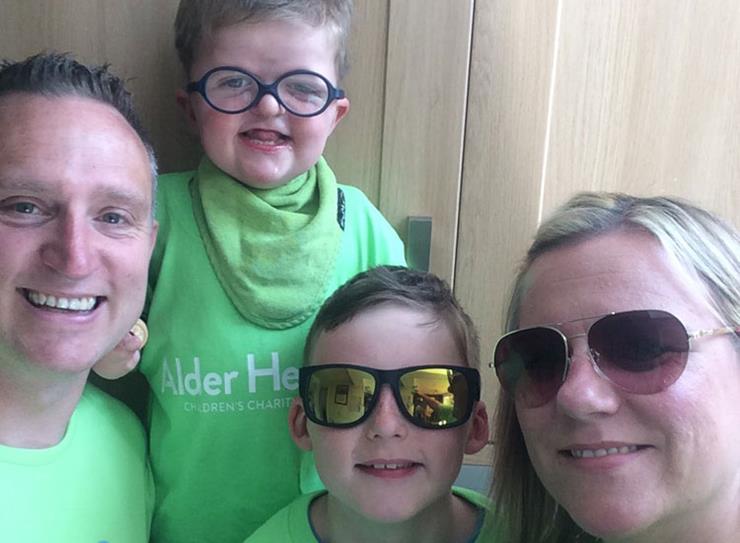 This weekend 8 year old Hayden Connett will join more than 20 of his family and friends in Portugal to be part of the Praia da Luz Sprint Triathlon festival, aiming to smash a £10,000 fundraising target along the way.

Hayden, with parents Donna and John, have been training hard all winter and will be cheered on by Hayden’s little brother Lewis, who starred in our Beanie vs Bobble project before Christmas. 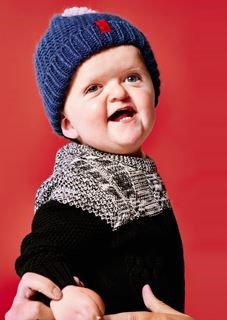 Two year old Lewis was born with Apert Syndrome, a rare genetic disorder, and has already had several major operations at Alder Hey including a skull reconstruction and hand surgery.

To say thank you for the care given to his brother by staff at the hospital, Hayden wanted to raise money for Alder Hey and at a special Beanie vs Bobble fundraising party at their family home in Halifax, he was made an Alder Hey Children's Charity fundraising ambassador!

Hayden, who is taking part in an Aquathon (swim and run) will get the challenge day underway and then join his brother to support his dad who has entered the Triathlon – a 20km cycle, 5km run and 750m swim in the chilly Atlantic Ocean.

Mum Donna is also taking on the triathlon as part of a relay team which includes Alder Hey’s Head of Corporate Fundraising, Louise Barrett. Louise, who is no stranger to cold water thanks to a love of surfing in Scotland, will be taking on the 750m ocean swim section. 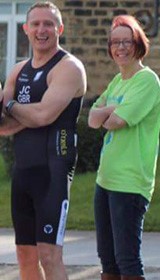 Hayden’s dad John said: “Even though I will definitely be feeling the pain, this is nothing compared to what my son Lewis has endured over the past two years. Lewis has endured several major surgeries, ranging from a couple of hours to 13 hours in theatre, and has more planned for later this year. The fundraising we are doing is directed towards helping children and their families have the best recuperation and stay in hospital by helping to raise money to purchase play equipment, iPads and educational toys.”

Louise Barrett (right, pictured next to John Connett) added: “If you would like to sponsor me as part of the team that would be great! I have been training since the 5th January and completed 22 swimming lessons, around the same number of swimming endurance sessions and done three practice triathlons too – so I think I’m worth a fiver!”

Hayden has already raised almost £7,000, so to help him break the £10,000 barrier this weekend and raise vital funds for Alder Hey, please do something remarkable by either: