Theatre featured in Hospital is a true life saver! 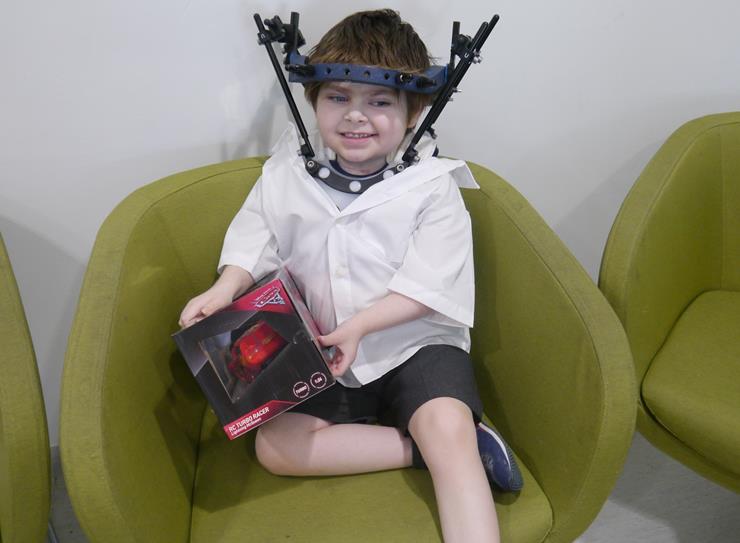 The Charity is so proud to have funded the Hybrid theatre at Alder Hey Children’s Hospital, as featured on BBC TV’s Hospital programme.

Your donations help to change the lives of the children and young people we see every day, just like Tristan whose story is below. Our world-class clinicians used this amazing facility to save his life and your support has helped to make this possible. Thank you.

6 year old Tristan had a major operation to save his life.

When Tristan was born, he had a curve in his spine so unusual and dramatic that the Neurosurgeon at the time had to consult colleagues all around the world about the best treatment. One surgeon responded “rather you than me”. At just 9 months old, they had no choice but to operate.

The surgery appeared to have worked well however as he grew older doctors noticed that the spine was gradually moving in the wrong direction and the gap where the spinal cord was, was getting smaller and smaller putting increased pressure on the spine. This meant that one day, any day in fact he could wake up unable to move or even breathe.

Consultant Neurosurgeon Mr Chris Parks had been monitoring Tristan’s progress and decided they couldn’t hold off any longer, at 6 years old, it was time to operate. He said “It’s really hard to tell a parent when their child appears completely healthy on the outside, and is able to move and talk, laugh and play, that we still need to do this high risk potentially life-threatening operation.” 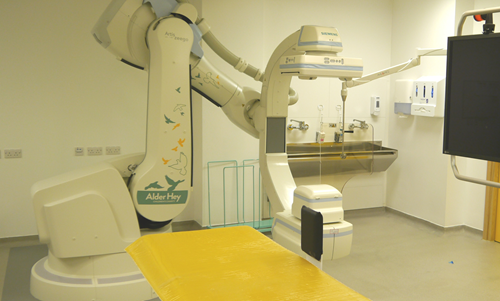 The operation required needed extreme accuracy; one wrong move could lead to stroke, paralysis or even death. Luckily, Alder Hey’s Hybrid theatre is equipped with advanced medical imaging devices which means operations can be performed with much higher accuracy than previously. It enables guidance of the surgical instruments using an infrared surgical navigation system. Prior to the surgery a 3D printout was produced of Tristan’s neck as another aid to planning.

Mr Parks and the team worked tirelessly to get the vertebrae (series of bones forming the backbone) in to a better position in the weeks before surgery which proved particularly tricky. Tristan was fitted with a ‘halo’, an instrument which holds a child’s head and can be attached to weights and pulleys to try and pull the spine in to position. A special wheelchair was designed for Tristan which would allow him to move around during the day and keep active before and after surgery while still having his spine in traction. Only neurosurgeons were allowed to move him in and out of bed.

When Mr Parks was satisfied that the vertebrae were in position, the time came for the gruelling 14 hour operation. Tristan was so tiny that the screws and plates needed during surgery were too big and had to be adapted in the operating room.

Mr Parks continued “Tristan really is a one off and it was by no means an easy procedure. The passages the screws needed to be inserted through were extremely narrow, leaving absolutely no room for error. Luckily the operation went very well and we’re hoping he won’t need any more. He’s due to have his halo off soon, I’m just being extra cautious after everything he’s been through.”

Mum Amber said “The nurses and staff here have become like family. They even make sure I’m well and that I’ve eaten, they’re sympathetic and compassionate. Tristan’s operation was 14 hours long and every minute was heart stopping. I can’t believe we have him home and well. He recently started back at school and the teacher showed the other children what the halo was and how important it is to be careful around him. They were so excited to see him. I’m so thankful to Mr Parks and staff at Alder Hey who effectively saved his life.”