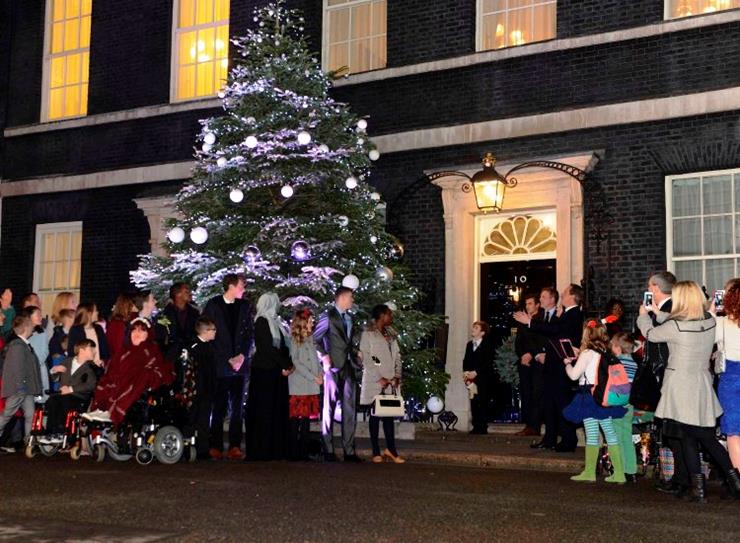 Congratulations to the AMAZING Ted McCaffrey who switched on the Downing Street Christmas lights. Ted is 8 years old and one of Alder Hey's Charity Ambassadors, also received a Points of Light Award for his Team Ted campaign from the Prime Minister.

Ted was just one year old when he was diagnosed with subaortic stenosis at Alder Hey after doctor’s spotted a heart murmur during a check-up. Ted also successfully underwent surgery to repair the damaged valve in his heart.

Ted then went on to raise over £80,000 for Alder Hey's Charity through his Team Ted campaign.

Ted is the latest recipient of a Point of Light award, which recognises outstanding individual volunteers, people who are making a change in their community and inspiring others. Each day, someone, somewhere in the country is selected to receive the award to celebrate their remarkable achievements.

20 young Points of Light who have transformed the lives of others will join Ted for the ceremonious occasion.

“Ted is a truly inspirational young boy.  He has shown incredible strength and generosity in overcoming his own health challenges and doing so much to help other young children who are treated at Alder Hey Children’s Hospital.  He has raised a fantastic amount of money and will put a smile on the face of young patients this Christmas with the presents he is collecting.  I am delighted that he is joining me to turn on the Downing Street Christmas Lights this year as the UK’s 413th Point of Light.”

“I can’t believe I’m the lucky person that gets to turn on the Christmas lights this year - it’s very exciting! Getting to meet the Prime Minister is great and so many children who are helping others. It’s been a magical day.”