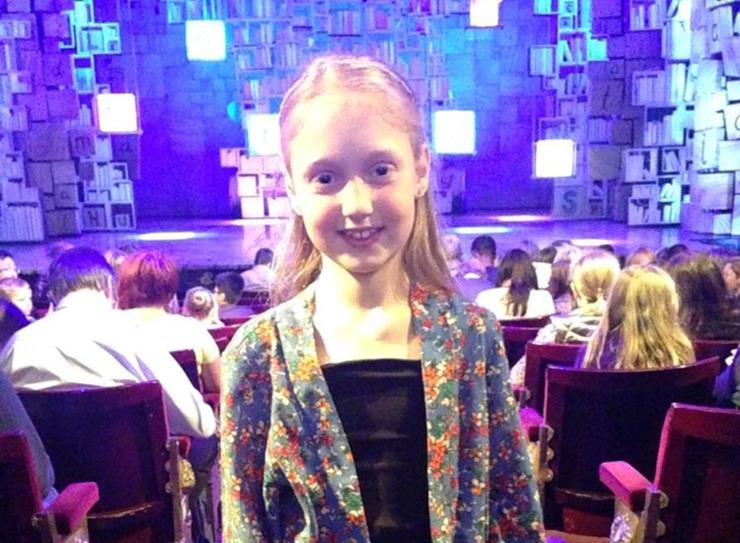 Talented young singer and Alder Hey fundraising ambassador Grace Lee has been sharing a stage with West End stars after receiving a special surprise from ITV.

The ten year old from the Isle of Man was nominated to appear on ‘Surprise Surprise’ by Alder Hey Children’s Charity in recognition of her fundraising efforts. Grace is a Young Ambassador for the Charity and together with her family, has been helping Alder Hey raise much needed funds for its new hospital, set to open later this year.

Matt Johnson, presenter of ITV show ‘Surprise Surprise’ visited Grace’s school to give her the news that she would perform with the cast of ‘Matilda the Musical’, the multi-award winning musical from the Royal Shakespeare Company. The very next day, Grace was on her way to London to rehearse with the cast of the popular stage show at a rehearsal space in Clapham.

Grace’s mum Kara said; “The whole experience has been lovely and Grace has enjoyed every minute. Grace performed so well with the cast and the musical director was really impressed with her. Despite everything she has gone through we have always wanted her to have as normal a life as possible and follow her dreams. She absolutely loves musical theatre and Matilda so she was in Grace heaven!

“Grace has also made some wonderful friends for life from the cast. They were all so welcoming and kind. It's really something she has been able to take away from the surprise and it made it all the more special!”

Following her rehearsals, audiences across the country got to see Grace perform live on ITV’s ‘Surprise Surprise’ show on Sunday 26th July 2015. After telling presenter Holly Willoughby about her experience, she was joined on stage by the cast of Matilda to sing an unforgettable medley of hits from the show.

“I was so happy to have the chance to perform with the Matilda cast,” Grace said. “I love musicals and Matilda is one of my favourite shows. I wasn’t nervous about singing with the cast but being on TV was a bit scary! Holly Willoughby was lovely though and I enjoyed every second!”

Grace was treated at Alder Hey after being born with a serious and incurable form of congenital heart disease. She had emergency open heart surgery shortly after she was born and has travelled many times from her home on the Isle of Man to have treatment at Alder Hey. Stays have sometimes lasted months and Grace has had countless operations, including two further heart surgeries.

Irene Axon who nominated Grace on behalf of Alder Hey Children’s Charity said: “We were so pleased and grateful to ITV for giving Grace this opportunity. As a Young Ambassador for Alder Hey Children’s Charity, Grace has been helping us raise money to fund lifesaving equipment, vital research and arts and play activities in our new hospital. I have known her since she first came to Alder Hey and have never heard her complain about her illness. She is such an inspirational girl with an incredible talent for singing and we know she will remember this forever!”