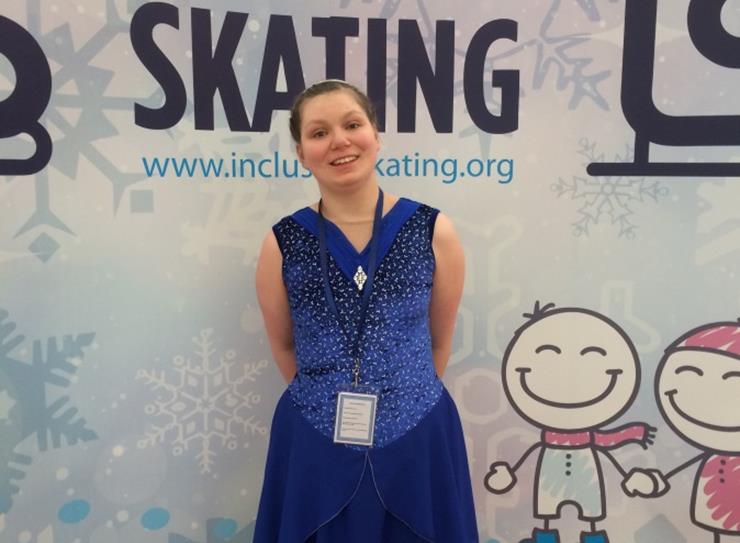 Special Olympics medal winner, Stephanie Gott, is celebrating her 21st birthday this year and wants to thank the Alder Hey heroes who helped save her life.

Stephanie was born with Transposition of the Greater Arteries (TGA) and was treated by doctors at Alder Hey when she was just 18 days old. Her sister Suzanne told us “Steph used to fall a lot as a toddler. It wasn’t until she started nursery that we discovered that something was different about her." Following numerous tests it was discovered that Stephanie had suffered from a stroke and was left with weakness down the right side of her body as well as learning difficulties.

Stephanie’s skating career was inspired by watching Dancing on Ice and she asked her sister if they could go ice skating. Suzanne proudly explained "I bought her a block of lessons for her 14th birthday and since then she has gone from being like Bambi on ice to doing far more than I ever thought was possible all those years ago!” Since that first time on the ice, Stephanie has gone on to win Gold and Silver medals at Inclusive Skating competitions and even represented Great Britain at the 2017 Special Olympics World Winter Games in Austria, bringing home a Bronze medal for her country.

This year she has taken part in a brand new event called Free Dance and has proudly chosen her blue costume, to represent Alder Hey, as a thank you to the heroes that saved her life.

The team at Alder Hey are truly inspired by this incredible young lady and wish her an amazing and wonderful 21st birthday!

If you have been inspired by Stephanie's achievements, or have a similar story to tell, leave a comment below.