Stars turn out for a remarkable fundraising ball 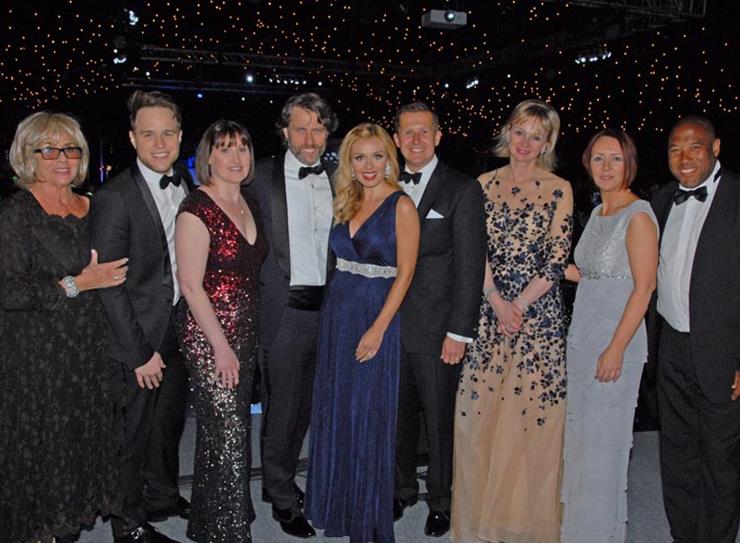 Alder Hey Children’s Hospital is being completely rebuilt and the Ball was planned to be in the Atrium of the new Hospital but due to high winds the party could no longer go ahead as planned.  The President of Alder Hey Children’s Charity, The Countess of Derby, kindly relocated the event to the grounds of her home, Knowsley Hall.  A spectacular marquee was erected by Mahood Marquees featuring imagery of Alder Hey’s iconic new hospital Alder Hey in the Park. The Countess of Derby together with local businessman and co-Chair of the Appeal Board, Richard Mathias, moved heaven and earth so that the show could go on as time was of the essence to procure the funding of vital pieces of equipment so that they could be incorporated within the new build.

Guests were wowed with a breath-taking performance by Katherine Jenkins, with other entertainment being provided by upcoming star Rosenblume and global band The Soul Jets.  Nine year old Grace Lee, an Alder Hey patient and Young Charity Ambassador, also took to the stage to sing the Bill Wither’s hit ‘Lean on Me’, receiving a standing ovation. Grace was diagnosed with a serious form of congenital heart disease when she was born and has had countless operations at Alder Hey, her first when she was just eight days old. 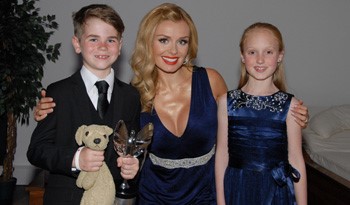 Grace was joined by another Young Charity Ambassador Ted McCaffery who received the 2014 Pride of Britain Award for Young Fundraiser of the Year from Olly Murs in October last year. Such was the support and love in the room for the Hospital, its staff and its patients, John Bishop was moved to get up on stage with Jamie Carragher and gave an impromptu performance together to show just how much the Hospital meant to them and their families.

Journalist and Broadcaster Jonny Gould was nervous before the auction as it was the first time that an audience was asked by him to bid towards hospital equipment without any luxury prizes as an inducement.  He need not have worried as that night at Knowsley Hall Jonny Gould raised more money at an auction that he ever had in his whole career and each and every donation will be recognised in a Wall of Fame in the new Alder Hey in the Park.   Four new major pieces of lifesaving equipment will now be secured for the new Hospital.

Consultant Cardiac Surgeon, Rafael Guerrero said, “I am overwhelmed by the generosity of all of the people who made donations this evening. They have not only helped to save the lives of the children and babies who come to Alder Hey but have helped us to make advancements in surgery that will benefit thousands of children in the future, wherever they are.”

The Countess of Derby, Alder Hey Children’s Charity President, said: “This has not been an easy event to deliver, but it has proved to be a great success, bringing many generous supporters of the Hospital together for a wonderful evening securing investment in the facilities for the new Hospital. Many people have worked very hard to deliver this event but it was been so worthwhile and the love of people for Alder Hey has been very moving to see.”

Alder Hey’s new hospital Alder Hey in the Park is set to open later this year. Featuring an iconic design inspired and directed by children, along with 270 beds, 75% single rooms and 16 operating theatres, the new hospital will provide a state of the art facility for the 270,000 children and young people Alder Hey treats from across the country each year.

Alder Hey Children’s Charity is aiming to raise £30m to transform Alder Hey in the Park into one of the leading paediatric health facilities in the world. All money raised for the new hospital appeal will go towards lifesaving equipment, vital research projects and arts and play activities.

Clare White, Chief Executive of Alder Hey Children’s Charity said: “We are incredibly grateful to all those who dug deep and pledged their support during this fantastic event. We were overwhelmed by their generosity and thanks to them, we will now be able to provide lifesaving equipment in the new hospital, making a difference to thousands of children and young people from across the UK.  Our thanks go to our sponsors - Cenkos, The Hut, TJ Morris (Home Bargains) and AFEX, along with Icon Events and the driving force behind this event, Richard Mathias and The Countess of Derby for making such a magical and unforgettable night possible.”