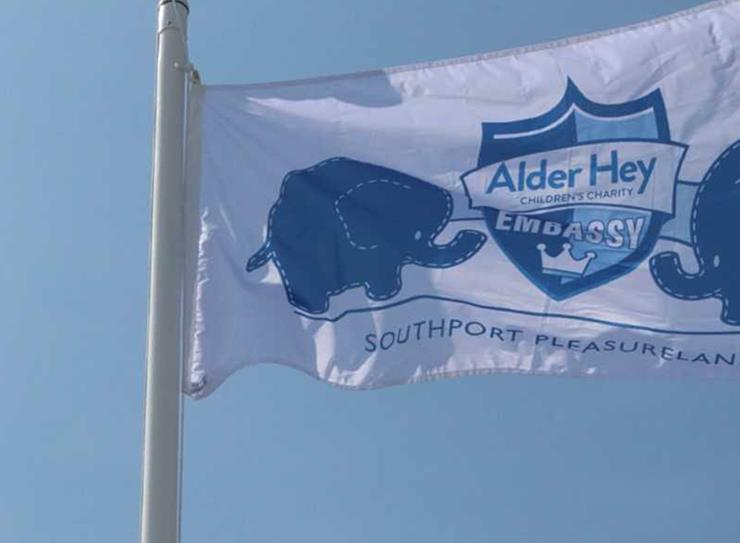 One of Alder Hey Children’s Charity’s Child Ambassadors, Frankie Bowen, became the first to raise the new Children’s Charity Embassy flag at it's inauguration ceremony at Southport Pleasureland on June 1, 2021.

The flag-raising marked the launch of the new embassy, the first of its kind, which was built at Southport Pleasureland by its CEO, Norman Wallis.

Frankie Bowen became a social media sensation when a video of him moonwalking to Michael Jackson’s ‘Billie Jean’ at his birthday party went viral on Twitter. The video was taken just two years after Frankie was diagnosed with juvenile arthritis.

Frankie rubbed shoulders with diplomats, politicians, senior council officials and VIPs at the ceremony, which was followed by an ice-cream and candyfloss reception and an afternoon on the Southport Pleasureland rides for invited guests.

Norman Wallis commented that he wished to build the new embassy for the young ambassadors of Alder Hey Children’s Charity, for every ambassador should have an embassy and it was most appropriate for the region’s favourite family attraction to play host to the new building. 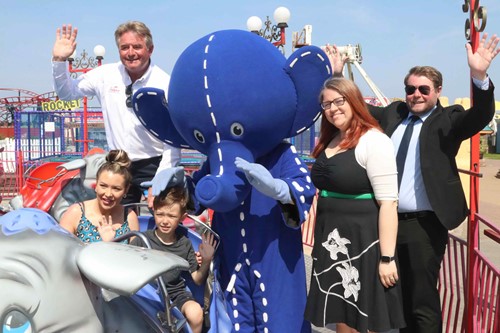