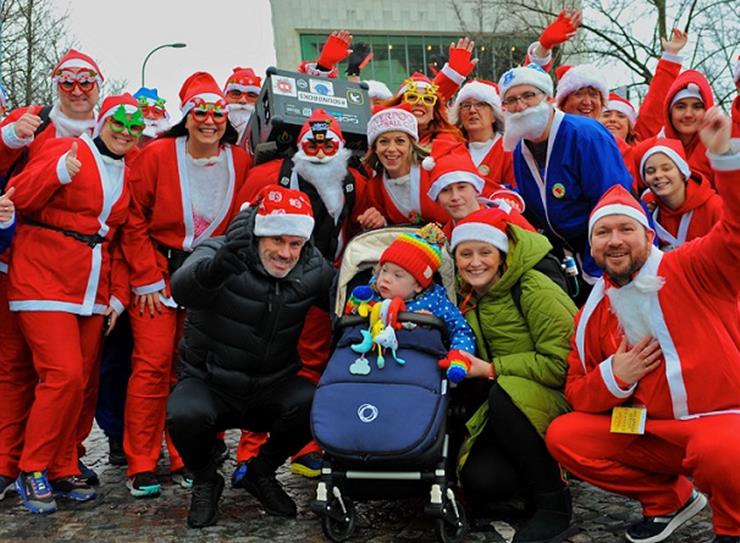 Santas pulled on their festive running attire in December to take part and fundraise for us. Last year we were official event charity partner for the Appreciate Group Liverpool Santa Dash. Collectively our supporters raised more than £15,000 towards our new £3m Surgical Neonatal Appeal. 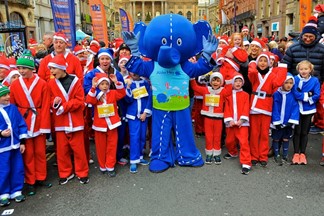 Funds were also raised through a Santa Dash day bucket collection and merchandise stall. Our mascot Oli the elephant also proved a hit on the day by starting the 1K Mini Dash.

Fundraisers were part of a 5,000-strong sea of red, blue and mini Santas enjoying the return of the 18th annual festive spectacular, after it was staged virtually in 2020 due to Covid-19 restrictions.

Our Surgical Neonatal Appeal was launched last Autumn and is being championed by Liverpool Football Club legend Jamie Carragher, who spent the first six weeks of his own life in Alder Hey’s neonatal ward. Find out more here. 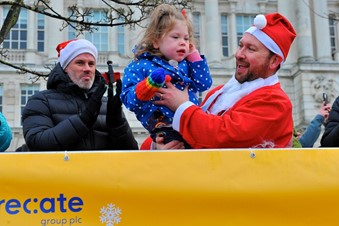 Jamie was invited along on Santa Dash day to join amazing Alder Hey patient and guest of honour, four-year-old Betty from Warrington, who was given the all-important job of officially starting the fun run. Betty and Jamie were joined on stage by the Lord Mayor Of Liverpool Councillor Mary Rasmussen, and In Demand Radio DJ Lee Butler.

Our Surgical Neonatal Appeal will help make enhancements to what will become a state-of-the-art unit for newborn babies and their families. The new Surgical NICU is a joint project between Alder Hey NHS Foundation Trust and Liverpool Women’s NHS Foundation Trust known as the Liverpool Neonatal Partnership. It will offer 22 neonatal cots for Liverpool, including 18 individual family rooms where parents can remain alongside their poorly newborns receiving expert care. Find out more here.

“The Appreciate Group Liverpool Santa Dash 2021 was the perfect way to end a busy year for Alder Hey Children’s Charity. To see so many Santas running for Alder Hey was absolutely amazing and the amount raised will go directly towards our Surgical Neonatal Appeal. Thank you to everyone who supported us by either fundraising or donating, and well done to special guests Betty and family and Jamie Carragher who started the Santa Dash in festive style.”

Special guest Betty was born premature at just 23 weeks and spent the first 13 months of her life at Alder Hey. She still receives care from our amazing hospital. 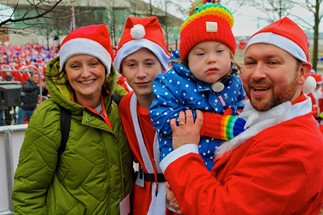 “We absolutely loved being part of the Liverpool Santa Dash – what a fantastic atmosphere! Betty loved starting the run and watching the Santas dash through the city centre. We were incredibly proud to be part of the day and represent Alder Hey as a family, while at the same time raise money for the hospital that cares for Betty.”

The Liverpool Santa Dash was created by BTR Race Director Alan Rothwell and was first staged in 2004. A separate 1K Mini Dash for under 12s was added in 2007, and blue Santa suits were introduced in 2010. BTR Liverpool is the leading independent organisation for creating, managing, and delivering headline race events across Liverpool City Region.

We are so grateful for everyone's support during the event and are so pleased with how much was raised for our Surgical Neonatal Appeal. Thank you!