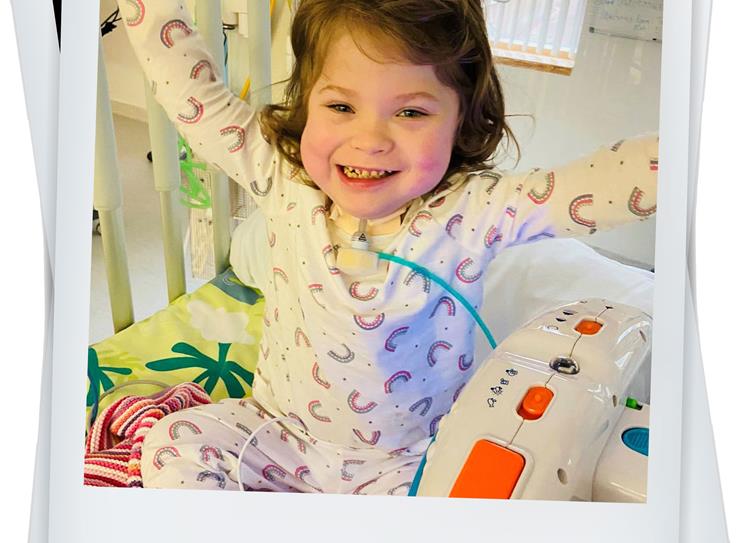 The four year old Alder Hey patient, who was born weighing just 650 grams and spent the first 13 months of her life in hospital, has been named as the honorary 41st runner in this year’s Randox Grand National.

The Jockey Club, which stages the world’s most famous steeplechase at Aintree on Saturday 9th April, nominated little Betty Batt for the honour, which will see her name appear around the racecourse and in the racecard, alongside the 40 horses taking part in the £1 million race.

The initiative will help raise awareness and funds for Alder Hey Hospital, which is treating Betty and supported her family for years. Alder Hey is also the official charity of the Randox Grand National Festival, with racing fans encouraged to make donations to this year also marking the 20th anniversary of Aintree’s partnership with the hospital.

Betty, who was more than four months premature and just the size of a biro when she was delivered in June 2017, needed constant treatment in the neonatal intensive care unit at Liverpool Women’s Hospital.

Parents Phil and Karen, of Warrington, were then left devastated when doctors discovered that Betty’s bowel had perforated in two places, leaving her so ill she had to be transfered to Alder Hey Hospital by ambulance for emergency surgery.

It was to prove the first of a number of treatments as Betty regularly battled infections, requiring blood transfusions, blood cultures and lumbar punctures. Her liver was affected badly by her intravenous feeds, so even though she was still very small she had to return to Alder Hey for another bowel operation.

Determined to reunite their family and bring Betty home to be with her brother and sister, Stanley and Martha, Betty’s parents were helped by the dedicated team of professionals at Alder Hey, who trained them to have the knowledge and skills to deal with her tracheostomy and other medical needs. It meant Betty could finally go to her real home for the first time after 13 months in hospital. 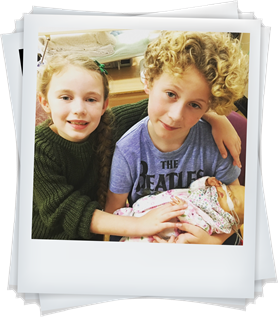 Betty’s father, Phil Batt, said: “Betty is just amazing. She is the most delightful, placid and brave little girl. A nurse once said to us, ‘Betty brings out the best in people’. Betty’s journey will continue and the remarkable NHS that saved her countless times will continue on this road with her.

“She is our little miracle and no matter what comes we will all continue to love her with everything we have and with utter joy and immense gratitude to those who never gave up on her and gave us this most precious gift."

Dickon White, The Jockey Club’s Regional Director for Aintree Racecourse and the North West, added: “Our relationships with those in the local community are so important to us all here at Aintree and none more so than the close bond we’ve formed with Alder Hey Children’s Hospital over the past 20 years.

“The work they do is phenomenal and rightly receives not only nationwide but worldwide recognition. We’re proud to work with them throughout the year, not just during the Randox Grand National Festival, and it’s our honour to name Betty as the 41st runner in 2022.

“By highlighting the Batt family’s story and promoting the work Alder Hey do for children and young people day in, day out we hope to raise awareness and much needed funds to help other youngsters and their families.”

In 2018, the 41st place was given to three year old Edie Molyneux, who suffered from a rare brain tumour called Diffuse Intrinsic Pontine Glioma (DIPG). "Spider-Ede" - as she was affectionately known due to her love of Spiderman - sadly passed away in October of 2018.

Alder Hey Children's Charity was given the honorary berth in 2019 and the race did not take place in 2020, due to COVID-19.

Last year inspirational Liverpool teenager Lydia Barker was named as the honorary 41st runner. The then-19 year old struggled with Obsessive Compulsive Disorder (OCD) for years but is studying to be a paediatric nurse and looks forward to a career helping other young people with mental health issues.

The Jockey Club arrange an annual visit to Alder Hey and the 20th anniversary is an even more special event after the restrictions of lockdown.