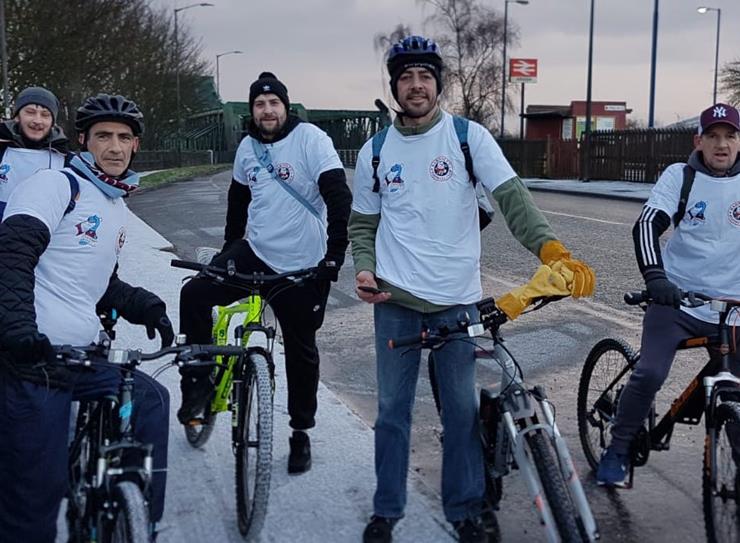 Kevin's 19-month-old grandson Morgan has recently undergone a lengthy operation to reshape his skull after being born with a condition called craniosynostis.

Morgan was treated at the Alder Hey Children's Hospital in Liverpool and has since recovered from his operation and treatment fantastically.

Kevin, along with Carl Bainbridge, Gary Baker, Danny Boreham and Danny Nattrass, set off from Scunthorpe's home at 8.30am on the morning of the game negotiating the 40 miles to the encounter with the Tykes. With regular breaks along the way, the team of five managed to reach Oakwell at 2.30pm, 30 minutes ahead of kick-off.

£800 has so far been raised for the charity event, which will go to the Alder Hey Children's Hospital which cares for over 275,000 young people, children and their families each year - labelled as one of Europe's busiest and biggest children's hospitals.

There's still time for them to add to their tally as they make a late surge towards the £1,000 mark. If you'd like to donate to the cause, you can pass on your donation to the committee members of the SUOSC (Scunthorpe United Official Supporters' Club).

Thanks to @jamesiron95 for letting us reproduce this article from www.scunthorpe-united.co.uk