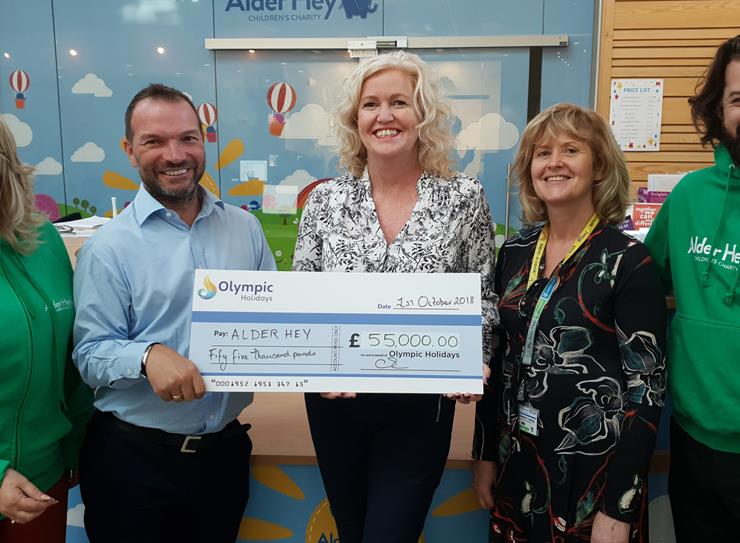 The Alder Hey Children’s Charity raises vital funds to help make the hospital a world-class, patient-friendly hospital for the 275,000 patients and families that they care for every year. The hospital’s Neonatal Unit at Alder Hey opened in the 1950’s and is one of only five neonatal surgical units in the country. Thousands of babies have benefited from the care given on the unit, many of whom have had or will require a surgical procedure. The hospital continually seeks to improve and provide the best facilities and equipment which makes donations like this absolutely vital.

The money donated by Olympic Holidays has already been earmarked and will not only pay for a sensory room, which will be named ‘Ollie’s Room’, designed to reduce stress during treatment of Alder Hey's young patients, but they will also be able to support the Neonatal Unit with three heated cots.

‘Here at Olympic Holidays, we believe that charity work is hugely important and throughout 2018 we have been working hard to raise funds for the Alder Hey Children’s Hospital through a series of staff events and charitable donations from our customers. Staff and customers alike have shown great enthusiasm and generosity through organised cake days, BBQ’s, sporting achievements and online donations and I am immensely grateful to everyone involved. The team at Alder Hey Children’s Hospital work tirelessly to provide the very best care to their patients and we really hope our donation will so go some way to support their amazing efforts’ comments Tobin.

‘Ollies Room’, a new sensory room will be one of 15 treatment rooms with state-of-the-at immersive distraction technology which has been proven to reduce sedatives, anxiety and pain in children. Distraction equipment such as 4D immersive projection, lighting effects and surround sound has been proven to reduce the need for sedation by 40% meaning children are not exposed to unnecessary medication and staff can treat more children each day.

The new heated cots in the Neonatal Unit are vital to help premature babies regulate their own body temperature, something which they are unable to do. They will perform a similar function as an incubator but they are incredibly versatile and will also be used for patients who might have cardiac or respiratory problems. 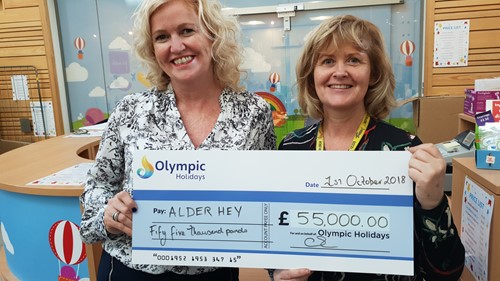