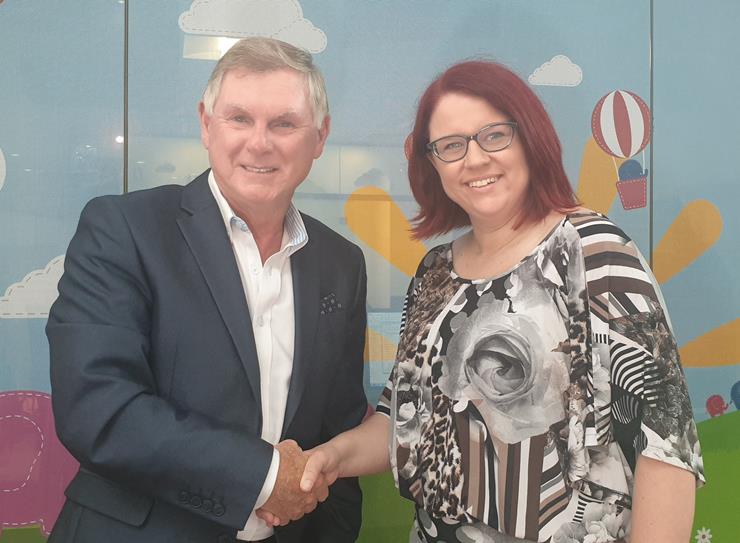 Graham and Fiona join at an incredibly exciting time as the Charity continues to support ambitious plans by the hospital to create a world leading campus as a global leader in children’s health.

Graham brings over 40 years’ experience in the automotive industry to his role. He held many senior roles including Chief Executive of Rolls Royce and Bentley Motors, Managing Director of Leyland DAF Vans and President of Rover Cars North America.

He has spent the last 20 years holding many non-executive and charity roles such as Chairman and on the Board of the Furniture Resource Centre, Hope House Children’s Hospice, the Roy Castle Lung Cancer Foundation, Horn of Africa Learning Trust and he was a Governor of Liverpool John Moores University.

Graham was awarded the OBE in 2011 for his services to the motor industry and the charity sector. He is also an Honorary Fellow of Liverpool John Moores University.

Graham said: “I take it as a great honour to be accepted as Chair of the Alder Hey Children’s Charity. Originally coming from Liverpool and being very fortunate to have four healthy children and six grandchildren, anything I can do to help with the growth of the Charity, makes this role very special for me.”

New Chief Executive Fiona brings a wealth of experience to the role having worked in the charity sector for over a decade including senior roles at The Christie Cancer Charity and The Big Issue.

She has a Masters in Voluntary Sector Management and is currently the Chair of the Institute of Fundraising North West, which supports professional fundraisers and promotes best practice across the North West.

Fiona said: “Having grown up in Liverpool I've always known Alder Hey Children's Hospital and the incredible work it does. The hospital has now been recognised as one of the most innovative in the NHS and has ambitious plans for the future. I'm incredibly excited to be joining Alder Hey Children's Charity as it works to help achieve these ambitions and ensures excellent, world leading care for children.”

Louise Shepherd, Chief Executive at Alder Hey Children’s Hospital said: “We are delighted to welcome both Fiona and Graham at this exciting time for Alder Hey. Fiona and Graham bring a wealth of knowledge and experience as we drive forward the next phase of our development as a global leader in healthcare and innovation.”