New Appeal: Do Something Remarkable and Support Vital Research at Alder Hey 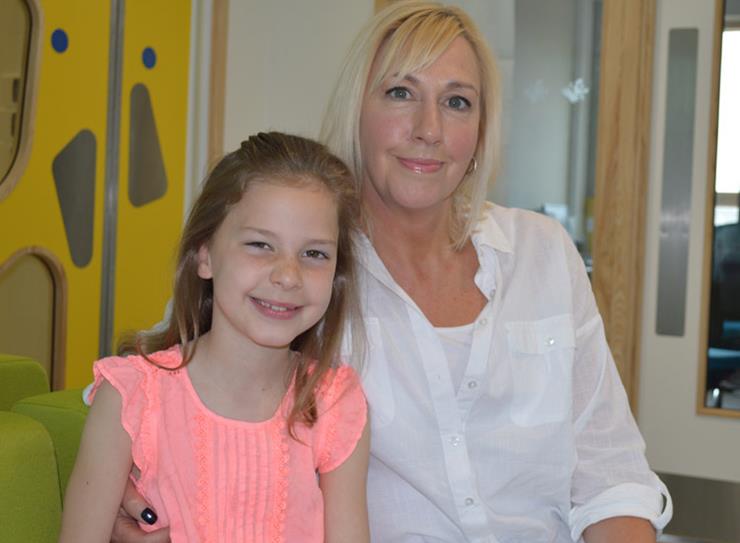 The new Alder Hey Children’s Charity campaignis set to kick off on Friday with an aim to raise vital funds towards the second phase of Alder Hey’s ‘Institute in the Park’.

Alder Hey opened the first phase of the Institute in the Park, a dedicated research, innovation and education centre earlier this year.

The unique Institute in the Park is a world-leading centre for research, with leading clinicians, healthcare professionals and scientists working in partnership with young patients and their families to produce remarkable life-saving results.

This new appeal will allow Alder Hey to extend the current building and develop even better treatments for children and young people, by almost doubling the space available to undertake world-class research and innovation.

Building on the success of the completed phase of the building this second phase of construction will create a facility dedicated to children’s health research, innovation and education.  This research facility is unique in that it is co-located with one of the busiest children’s hospitals in Europe. Within this building, Alder Hey’s researchers and clinicians will work with partners in academia, technology and pharmaceuticals to develop safer, better medicines and therapies for children to use in the NHS and throughout the world.

Clare White, Alder Hey Children’s Charity CEO, said: “This new appeal is all about improving the health of children everywhere by creating a unique facility solely focussing on children’s research. With our generous corporate and community supporters we have already created a remarkable new hospital for our patients and families.. Contributors to this appeal will leave a legacy in the form of the next generation of treatments and medicines for sick children both at Alder Hey and all around the world.”

Young fundraising ambassadors will join some of the children taking part in research at a special event at Alder Hey on Friday to launch the campaign. Together they will find out more about research at the hospital by taking part in a memorable treasure hunt, before trying out experiments in a mock up lab and exploring the research facility.

Seven year old Lily Whitehead from Southport will be one of the patients attending the launch. Lily took part in a trial of a potential new medicine called adalimumab to help treat her Juvenile Idiopathic Arthritis (JIA). She had already had two operations on her knees and ankles but was still unable to walk and struggled to interact with other children. She had also developed uveitis, an inflammation of the middle layer of the eye that often appears alongside JIA. Initial treatment of the uveitis proved unsuccessful so the draw of a clinical trial that would help both her eyes and her joints was obvious.

Lily’s trial involved a fortnightly injection under the skin, similar to having a vaccination. She has had a really good response to the treatment and is now much more active than ever before.

Lily’s mum Jane said: “It was a big decision to put Lily on these new drugs but I trusted the doctors at Alder Hey and it’s really paid off. Not only has her condition improved but her confidence is much better now too.”

After taking part in a clinical trial herself, Lily was keen to be involved in a new fundraising campaign for research at Alder Hey. Her story will feature in some of the radio advertising and direct mail leaflets to support the appeal.

Lily said: “I was really happy to help Alder Hey Children’s Charity raise money for research. I want to help other children like me feel better!”

Professor Michael Beresford, Brough Chair and Professor of Child Health at Alder Hey and the University of Liverpool said: “Many medicines and treatments have previously not been developed or tested specifically for use in children and babies. This makes it difficult for doctors to be sure that the medicines they prescribe are safe and as effective as they can be. Children are not just small adults. Their bodies metabolise and react to medicines and treatments differently.

“Following important changes in the European Regulation on Better Medicines for Children, Liverpool has led the way for the last 10 years both nationally and internationally in supporting the delivery of studies conducted in children. This has led to a dramatic increase in the numbers of children’s studies. Alder Hey has been instrumental in this process, recruiting many thousands of children to clinical studies and trials in its outstanding, child-centred facilities, including its state of the art NIHR Alder Hey Clinical Research Facility, supported by the brand new ‘Institute in the Park'. We want to make sure that new treatments for children are developed with them and for them and Alder Hey provides us with a perfect platform to do just that.”

The launch of a campaign focused on  research coincides with International Clinical Trials Day, celebrated around the world every year to raise awareness of the importance of research to healthcare and highlighting how partnerships between patients and healthcare practitioners are vital to high-quality, relevant research. As part of the celebrations for International Clinical Trials Day, Alder Hey will be supporting the ‘OK to Ask’ campaign, a campaign led by the National Institute of Health Research (NIHR). The campaign encourages patients, carers and the public to participate in and support clinical research.

Charlie Orton, Clinical Research lead ETC said: “Here at Alder Hey we aim to give every child the opportunity to take part in potentially life-saving or life- changing research. Over 1,600 of our patients took part in clinical trials last year and we are incredibly grateful to each and every one of them. It’s very humbling to see children wanting to help other children by enabling us to develop new treatments and potentially save lives. It feels only right to have a world class facility to drive this research forward. This fundraising campaign is an opportunity for everyone to support vital research that will benefit the thousands of children treated at Alder Hey but also millions around the world. Please show your support!”