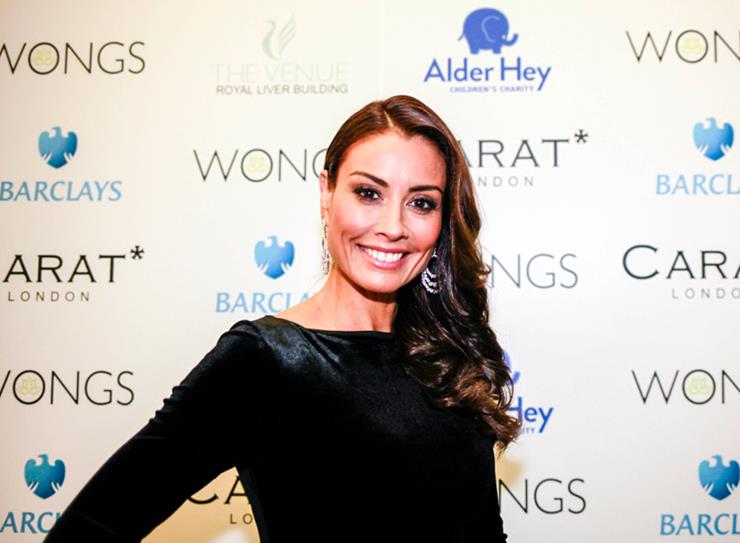 Stunning Melanie turned heads as she arrived at ball and partied the night away, with former Brookside and X-Factor contestant Ray Quinn and model and actress Jade Ainsworth among the partygoers.

The soap’s Jessica Fox, who plays Nancy Hayton, and Tamara Wall, who stars as Grace Black, attended the special event at The Venue, inside the iconic Royal Liver Building.

The stars were greeted by stilt-walkers and fire performers outside the Grade I listed building in the middle of the Three Graces – which includes the Port of Liverpool and the Cunard building – at the Pier Head.

Guests were entertained by a ribbon dancer in the opulent reception of the Royal Liver Building before heading to the first floor to The Venue, one of the most sought after and unique event spaces in the city.

Presenter and model Melanie said: "The Wongs Jewellers Winter Ball sponsored by CARAT* London is for a wonderful cause supporting one of the largest children's hospitals in the UK and the biggest outside London. It’s very nice to be back in the North West supporting this great event.”

As he arrived, Ray Quinn said: “I had meningitis when I was a baby and Alder Hey saved my life. It’s nice to be a part of this event and I’m looking forward to singing , meeting some new people and friends and having a little drink.”

Richard said: “We’re here to say thank you to Wongs for choosing us. There are so many great charities out there that could have been chosen, so we’re very honoured.”

As the celebrities and VIPs dined on a three course meal they were entertained by a magician before Ray Quinn sang a medley of classic songs and the guests took part in a blind auction, hosted by former ‘voice of British swimming’ Hamilton Bland.

The charity event was compered by Simon Ross from Radio City and all the proceeds raised from the 200 invitation only event went to Alder Hey Children’s Hospital.

Peter Wong, the Managing Director of Wongs Jewellers, who have been designing and creating bespoke jewellery in Liverpool for more than 50 years, said: “We are delighted to have been able to throw such a glamourous event in aid of Alder Hey Children’s Hospital, which is a charity very close to our hearts.

“The staff at the hospital do incredible work caring for the children and their families during very difficult circumstances and the hospital is a world leader in innovation of medical technology that saves lives.

“Alder Hey Children’s Hospital provides vital services for the people of Liverpool, the North West and indeed the whole country so we are hugely proud to have been able to give something back.

“I would like to thank all of our guests who attended the event and raised money for the hospital, patients and their families.”

Karen Yates, Regional Sales Manager at The Venue, said: “Anybody from Liverpool and the North West knows how important Alder Hey Children’s Hospital is and we were delighted to have hosted this party for Wongs Jewellers and the hospital.

“This was one of the most glitzy parties that has been held at The Venue and it was a perfect central setting with some of the most famous faces on TV and sport all enjoying themselves for a great cause.”

“All the money raised will support the Institute in the Park at Alder Hey, allowing the hospital to develop better medicines and treatments and significantly contribute to the future health and wellbeing of children from right across the globe.”