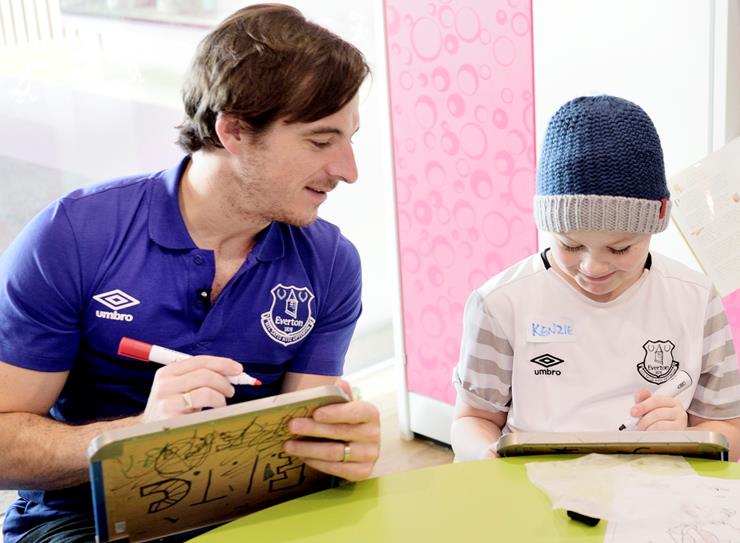 Leighton Baines has pledged his support to Alder Hey by becoming a patron of Alder Hey Children's Charity.

The Everton and England left-back has been paying visits to the specialist hospital for eight years to meet young patients and has now committed to doing all he can to put smiles on the face of children receiving treatment.

Baines was given a private tour of the city’s new hospital in September and was blown away by the impressive set-up, labelling it the “best healthcare facility for kids in the country”.

The new £250m healthcare campus, known as Alder Hey in the Park, is the result of a decade-long project to create a state-of-the-art medical facility. With the design inspired by children, some of the remarkable features include a giant indoor tree house and outdoor play decks with fish tanks on each of the six wards.

Today, Baines was officially welcomed as patron by one of Alder Hey’s young fundraising ambassadors, nine-year-old Kenzie Appleton, who has done remarkable charity work, including setting up a Christmas toy appeal for other patients, since being diagnosed with a rare bone condition five years ago. 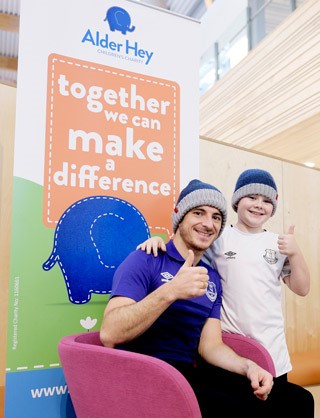 The Liverpool-born defender then visited one of the hospital wards to meet young patients who were taking part in a play therapy workshop with Everton in the Community.

Staff from the Blues’ official charity work at Alder Hey every single day to deliver fun activity sessions to sick and disabled children, engaging with around 1,500 patients each year. The workshops provide a much-needed platform for social interaction and laughter that breaks up the tedium of long-term hospital care and eases children’s anxieties about treatment.

Baines said: “I’m so proud to be welcomed as a patron today because every time I come to Alder Hey I am amazed by the fantastic work of the staff and the incredible character of the young patients. It’s a truly amazing place and we’re so lucky to have this world-class facility in our city.

“Everton has always had a close relationship with Alder Hey and that’s no more evident than the fact that Everton in the Community is here every single day, working to put a smile on the kid’s faces and aid their recovery. You can see how much the play therapy workshops really lift spirits and make a difference not just to the kids, but to their families too.”

Clare White said: “We are delighted to welcome Leighton as a Patron of Alder Hey Children’s Charity. Alder Hey already has a fantastic relationship with Everton Football Club and Leighton’s support can only make that stronger.  We look forward to working with Leighton and Everton more closely to raise awareness and support for our ongoing appeal for the new Alder Hey in the Park.”

In addition to his new role as patron, Leighton is a long-term supporter of Everton in the Community and is ambassador of the sports development arm of the Blues’ official charity. The daily play therapy workshops at Alder Hey are just one of the many activities delivered by the sports development team at Everton in the Community, with other projects including a world-class disability programme.

Alongside the sports development projects, Everton in the Community offers over 60 programmes covering a range of social issues including health, employability, anti-social behaviour, crime, education, dementia, poverty, youth engagement and youth justice. Operating seven days a week, 365 days a year, the charity supports the most vulnerable and underprivileged members of local communities.