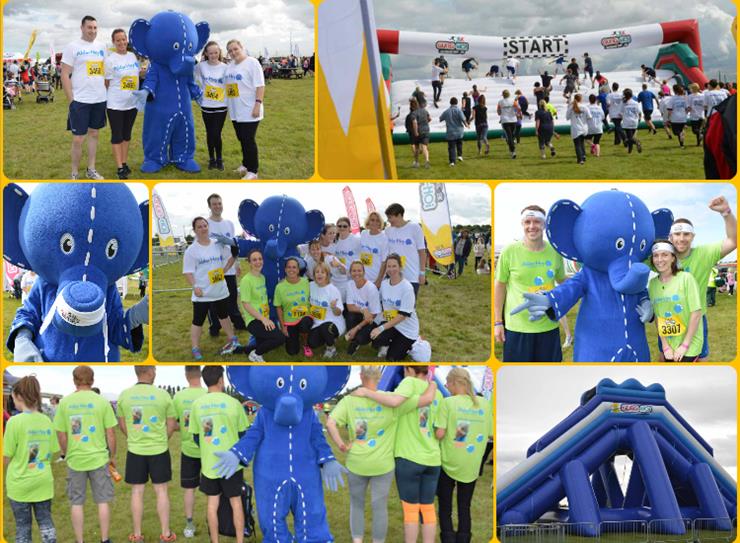 Hundreds of runners descended on Aintree racecourse to go Gung Ho in Merseyside's first ever 5k fun run with a big difference.

Scattered across the 5 kilometre course were ten huge inflatable obstacles including Europe’s largest inflatable slide – the Thriller – which measures 48ft tall and 200ft wide. This new twist on a fun run attracted hundreds of entrants from across the region who raced to raise hundreds of pounds for charities including Alder Hey Children’s Charity.

The exciting course was designed by CBeebies presenter Alex Winters, who visited Alder Hey in August to meet young oncology patients and read a story on the ward.

“It really was fantastic seeing all the runners taking part and having fun whilst they took on the inflatable obstacles. It was a great event and we would like to say thank you to everyone who took part to raise money for Alder Hey Charity.”

Did you go Gung Ho for Alder Hey? Check out our Facebook album for photos from the event:

The best, most inflatable 5k event ever! Get tagging :)