#GetSpotted! Our 2017 Christmas campaign with Matalan is here 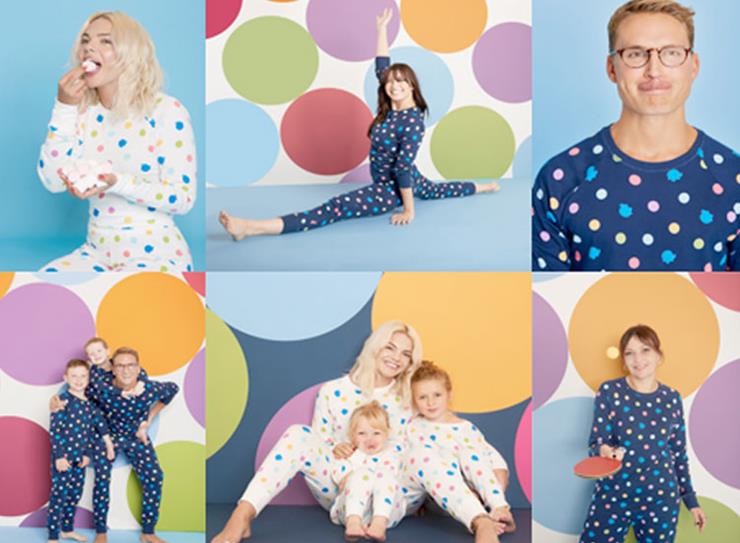 The aim of this year’s campaign is to #GetSpotted, with a range of PJs adorned with a fun spot print and the Alder Hey mascot – Oli the elephant. With 100% of the profits going to Alder Hey, there’s a set of PJs for everybody, including adult sets, baby grows and even a doggie onesie! Each is available in navy or white colourways and sits alongside additional household items – mugs, children’s sippy cups and a festive snow globe perfect sat atop the fireplace this Christmas. Product is available online at Matalan.co.uk and in selected stores from 16th October 2017. Prices range from £2 - £10.

In keeping with the spotty theme, Matalan is launching a competition encouraging the public to #GetSpotted, by dressing in their spotty PJs and uploading their talents to the Matalan website. Whether you fancy yourself as the next Lady Gaga, a future star of Cirque Du Soleil, or you can simply cross your eyes like no other, all video and picture entries will be considered for a money-can’t-buy prize revealed on 10th November.

Celebrity advocates have been the first to don their spots and show off their hidden talents! Did you know:

Matalan will be donating 100% of the profits directly to Alder Hey Children’s Charity, to raise funds for the next phase of Alder Hey’s ‘Institute in the Park’, a dedicated research, innovation and education centre. This building has research and education facilities that no other UK or European children’s hospital can offer.

This new appeal will allow Alder Hey to extend the current building and develop even better treatments for children and young people, almost doubling the space available to undertake world class research and innovation.

Situated within a world class healthcare campus ‘Alder Hey in the Park’, the Centre undertakes vital groundbreaking research of childhood illnesses and treatments. This research is benefitting the lives of children and families from across the world.

“I’m incredibly proud of our partnership with Alder Hey and to contribute to the great work they do. Thanks to our amazing customers and celebrity supporters, we’ve already smashed our pledge to raise £1.5 million within five years,” says Jason Hargreaves, Matalan’s CEO. “I can’t wait to see the amazing talents the nation shares with us. Looking forward to another successful campaign!”

Clare White, Chief Executive of Alder Hey Children’s Charity, added: “We are really excited about this year’s #GetSpotted campaign. This is our fourth Christmas campaign with Matalan and we are incredibly proud and humbled by their unwavering support. All the money raised from this campaign will help us to invest heavily in our research centre and create a better future for children and young people everywhere...”

#GetSpotted by donning your spots and entering your talent from 16th October in-store and online at Matalan.