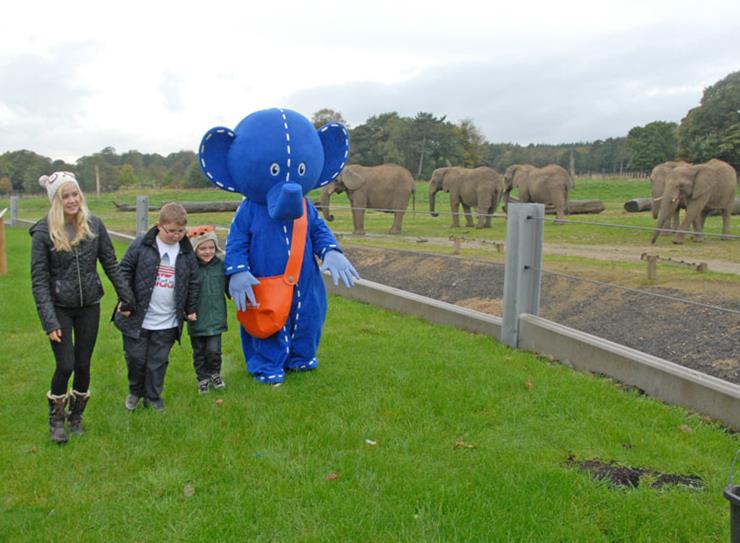 A schoolboy suffering from a rare disorder that left him unable to walk and confined to bed will attempt a charity trek without his wheelchair next month to raise funds for Alder Hey Children’s Hospital.

Kenzie Appleton, 8, will join Oli the Elephant and other patients and their families to walk around Knowsley Safari Park to raise money for life-saving technology, research and equipment for the hospital’s new site – Alder Hey in the Park.

Kenzie, who suffers from Perthes disease, a hip disorder, hopes to complete the three kilometre walk unaided, though his mum Tara and dad Ste will be on hand with his wheelchair just in case.

It is a big step for the youngster, from St Helens, who was struck down with the condition aged just four, leaving him unable to play with other children or take part in sports including his beloved football.

“Kenzie is determined to do something to help Alder Hey as they have done so much for him,” said Tara, who told how Kenzie organised a toy collection at his school, to donate to children spending Christmas at Alder Hey. He delivered the toys on the day of his operation.

Kenzie’s family knew something was wrong when he developed a limp that didn’t go away.

“Kenzie’s granddad had a limp and, at first, we thought he was copying him,” explained Tara. “But it went on for too long so we took him to see the GP, who sent Kenzie for an x-ray.

“We knew it was serious when our doctor came to our house to say Kenzie had been diagnosed with Perthes disease, a condition that affects the femur in the leg making it soft and breakable due to a lack of blood supply to the head of the bone.”

Kenzie was immediately referred to Alder Hey where he was placed on a ‘wait and watch’ involving close monitoring and regular check-ups.

“The worst thing for Kenzie was that he was told he couldn’t take part in any high impact sports like football,” continued Tara. “He had been a little livewire so this was really difficult.

“What broke my heart was when he was watching the Para Olympics and saw the disabled runners using false limbs. He asked me if his leg could be cut off so he could have a false one and be able to run around again.”

A further x-ray revealed that Kenzie’s bone was getting worse and he required surgery. In February 2012 he underwent an operation to reshape the bone in his leg, leaving him bed-ridden in a hip cast for three months.

He has since undergone months of intense physiotherapy and hydrotherapy as well as a second operation. However, despite still having muscle damage and weakness in the affected leg, Kenzie is determined and positive.

He receives lots of help and support from his school friends at Sutton Oak primary and his younger sister Victoria, 6. “Kenzie’s friends at school take turns to sit with him at break so he’s not on his own and the school has been incredibly supportive,” added Tara. “His sister is like a comfort blanket to him, they are very close.”

Kenzie will take part in the Oli Walk on Sunday, 17th May, starting at 10am. The ‘behind the scenes’ walk is pram and wheelchair friendly and the route includes parts of the safari park not normally open to the public.