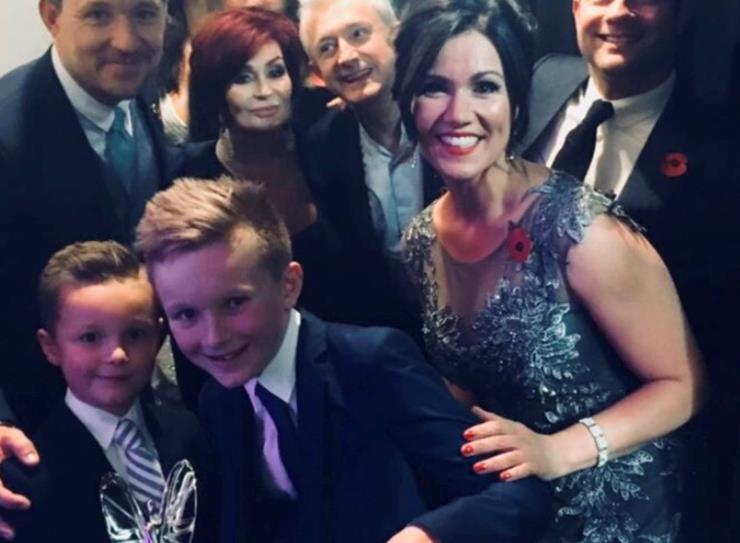 Incredible George Mathias has won the Good Morning Britain Young Fundraiser of the Year at the 2017 Pride of Britain awards.

George who is 11 years old and from St Helens received his award from X Factor's Louis, Nicole, Sharon, Dermot and GMB's Ben and Susanna at a star studded awards night in London. He was then was invited to Downing Street to meet the Prime Minister.

George decided to fundraise for Alder Hey after the hospital saved his little brother James’ life when he was a baby.

After Alder Hey saved James, who is now 7 years old, George decided to run one mile for every month James he has had James since.

So far George has run 100 miles with a host of celebrities including Jason Manford, Beth Tweddle, John Bishop, Steven Gerrard and Leighton Baines to name just a few.  George raised has over £33,000 for Alder Hey Children’s Charity which has been used to purchase specially heated cots which help babies regulate their temperature.

George also won the unofficial award for best selfie of the night after he was pictured with Good Morning Britain presenters Susanna Reid and Ben Shephard, alongside Ozzy and Sharon Osbourne, Dermot O'Leary, Nicole Scherzinger and Louis Walsh.

Ozzy Osbourne, whose wife Sharon was among The X Factor stars to present George with his Good Morning Britain Young Fundraiser Award, gave the boys a £50 note backstage, while Duncan Bannatyne gave them an incredible £10,000 donation.

George’s dad Richard said: "It was a once-in-a-lifetime opportunity, we just met so many amazing people.”

The Pride of Britain awards are on Tuesday 7th November on ITV1 at 8pm.

You can find out more about George and his runs at www.runwithgeorge.com