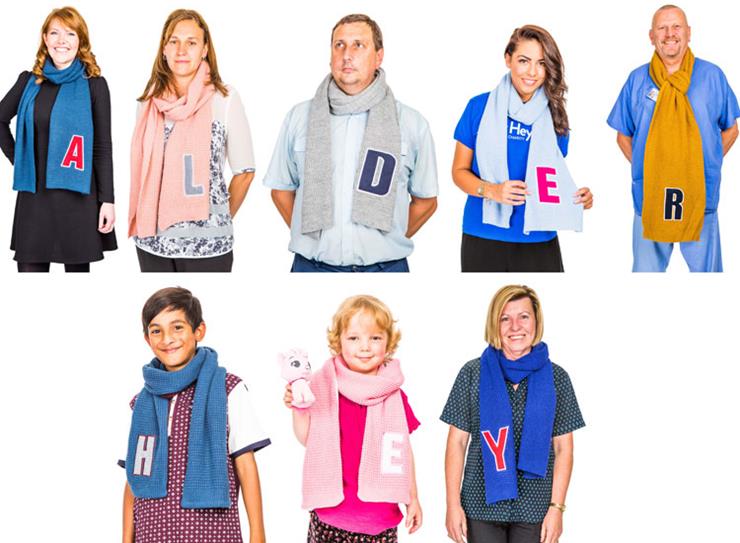 If you bought an Alphabet Scarf from Matalan, you weren't just part of winter's warmest fashion trend, you helped raise vital funds for pioneering research at our new Alder Hey in the Park.

A whole host of celebrities including Abbey Clancy, Sarah Jessica Parker, Lea Michele and Orlando Bloom all took part, and with Matalan donating 100% of the profits from each scarf sold, we have raised over £500,000. So a huge thank you. You've done something remarkable!

If you haven't bought a scarf, limited numbers are still available to buy from Matalan.