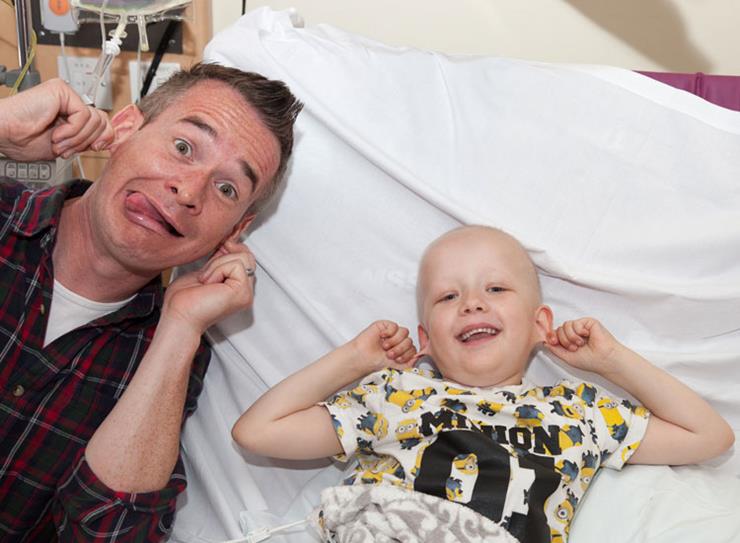 CBeebies presenter Alex Winters was a surprise visitor to Alder Hey Children’s Hospital where he met patients and read a story.

Alder Hey Children’s Charity’s £30m new hospital appeal and R Charity £10m Appeal for the New Royal have been chosen by organisers of Gung-Ho!, a 5K which features huge inflatable obstacles and takes place at Aintree Racecourse at the end of this month.

The event, which features a slide higher than three London buses, a gigantic ball pit, massive foam pit and mammoth climbing wall, is the idea of Alex Winters who will also host the race and said: 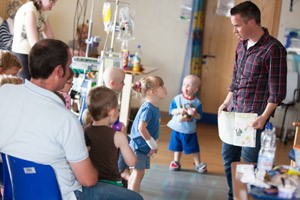 “It’s great that we’ve been able to partner with two such high profile Liverpool charities.

“I’m really grateful that I’ve been able to visit Alder Hey as it’s always nice to see the smiles on all of the children’s faces while I’m reading a story.

“Both charities already have many volunteers signed up to help steward the event and I’m also looking forward to visiting the Royal.

“Thousands of tickets have already been sold and there’s a real buzz around the city leading up to the event on 29th August as Liverpool gets set for Gung-Ho!”