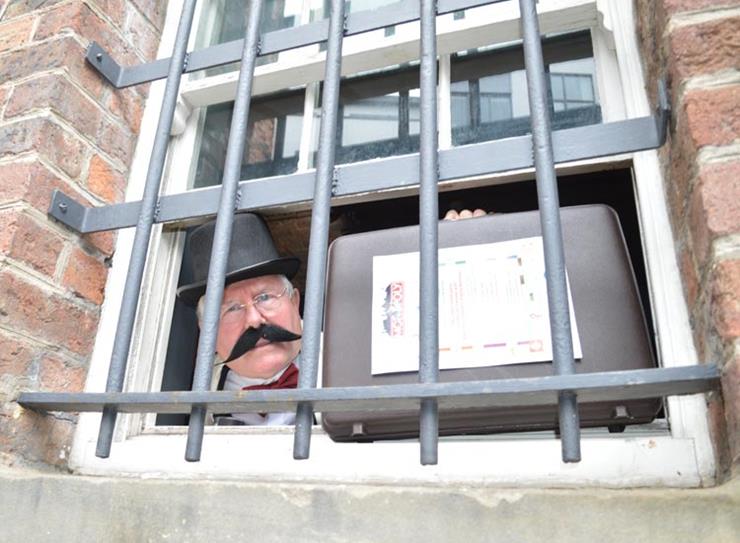 A classic board game is set to come to life in Liverpool thanks to Alder Hey Children’s Charity Monopoly.

Alder Hey Children’s Charity has launched a virtual Monopoly game. Teams of five will get the chance to experience some of Liverpool’s famous landmarks while trying to avoid a trip to jail as they play Monopoly on the streets of Liverpool.

Starting at the Liverpool One Bridewell; which doubles up as an authentic jail, teams will compete against each other to win the prestigious Oli Monopoly trophy.

Each space a team lands on means a trip to one of Liverpool’s famous tourist attractions on the Alder Hey virtual Monopoly Board, including the Cavern Walks, Liver Buildings, the Tate Gallery and both Cathedrals. Here a team can ‘win money’ (Monopoly money of course) as you would do in a normal game of Monopoly. The winning team is the one who earns the most money in the set time period.

Irene Axon, from Alder Hey Children’s Charity who has created this idea said:

“This is a unique and fun way to see Liverpool and raise money for Alder Hey Children’s Charity. It is an ideal team bonding exercise for work groups or perfect for a group of mates to get involved and have a great evening. Every penny raised will go towards our new Alder Hey hospital appeal, helping us make a difference to thousands of children and young people.”

The event will take place on Thursday 1st October from 6pm till 8pm. Registration is £50 per team with a minimum sponsorship requirement of £500 a team. All sponsorship will go to Alder Hey Children’s Charity.