Donate to our Surgical Neonatal Appeal.

Alder Hey Children’s Hospital treats over 330,000 babies, children and young people every year – more than any other children’s hospital in the UK. In September 2021 Alder Hey Children’s Charity launched a Surgical Neonatal Appeal to support the building of a brand new surgical neonatal unit at Alder Hey to address the current situation that means some newborns have to travel between two hospitals to receive specialist surgery – and as a result are often separated from their families when doing so. 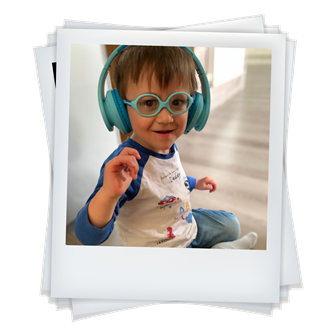 When Sam was born in May 2020 his mum Zalena was only 24 weeks pregnant. Sam weighed just 790g and could fit in his dad’s hand. As Sam was extremely premature,  his family spent the first four months of his life at Liverpool Women’s Hospital, living out of their bags and worried what each day might bring. Many times, they were told that Sam may not make it through the night. Thoughout his stay he required two major operations to save his life and multiple surgeries to save his sight at Alder Hey, which meant he had to be transferred to Alder Hey from the Women's Hospital a total of six times.

Sam suffered with a ruptured bowel, which was a potentially life-threatening issue. To access the specialist care and surgery that Sam needed, he had to be transferred between Liverpool Women's Hospital and Alder Hey. For a baby as tiny and fragile as Sam, this was an extremely worrying process for his parents. He had to be stabilised in a transport ventilator for an hour before each journey and then travel by critical care ambulance without his parents, due to COVID restrictions at the time.

Following a five-and-a-half-hour operation, surgeons were able to save Sam’s life but ithe team at Alder Hey had also discovered that he had a particularly advanced form of Retinopathy of Prematurity

As a result of being born at such an early age, a premature baby's eyes can develop Retinopathy of Prematurity (ROP). The retina, which is crucial for vision, could detach. Sam had one of the most severe cases of ROP ever seen by the team, requiring four separate treatments (and more transfers to Alder Hey for baby Sam). If left untreated, he would most definitely have been blind for life.

"A Surgical Neonatal Unit like the one being built at Alder Hey l would have meant we could have stayed together as a family at the time that Sam needed us both. It would have allowed us to feel a slight sense of normality having our own living space in which to bond as a family in those early days, knowing that every expert was on hand. Thanks to the amazing NHS staff who have been with us throughout Sam’s journey'. He missed out on so much whilst in intensive care but now he adores music and sensory play. He loves attending Rhyme Time sessions and is such a happy, confident little dude!" Zalena, Sam's mum.

Despite everything Sam had to go through including multiple transfers, sedation, and treatments, he is now thriving and can now grow up with the gift of sight, something that would have been impossible without modern medicine.

Eight-year-old Lydia was born with a complex case of Gastroschisis, a condition where the intestines extend outside of the abdomen through a hole next to the belly button. 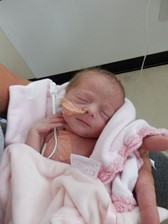 Back in 2013, when Lydia was just a few hours old, she was rushed to Alder Hey for an emergency operation to put her intestines back inside. Lydia struggled for some time because her bowels didn’t work very well, and a few months later she had to have another operation. Three-quarters of her intestines had to be removed, leaving Lydia with the bare minimum needed to absorb the food she needed to grow and develop normally. Lydia needed intravenous feeds. She was not able to be fed by mouth to start with – all her food was going straight into her blood stream and nothing into her stomach. It took quite a while for her to be able eat and drink the way a baby usually does.

Lydia had many operations, blood transfusions and procedures. She was in hospital continuously for 9 months; 4 of these on the neonatal ward.

Lydia's mum, Clare, said "The care both Lydia and myself received on the Neonatal ward at Alder Hey far exceeded any expectations I ever imagined. Not only did I fully trust the nurses with the care of something so precious as my baby every day and every night I was comforted by their care and expertise.’"

Fast forward eight years, and Lydia can now eat normally, although she still needs extra, high calorie meals three times a day through her feeding tube. Otherwise, Lydia has no medical needs, not even any regular medication. She is a very fit and happy little girl who is very clever academically. She is learning to play the piano and drums. 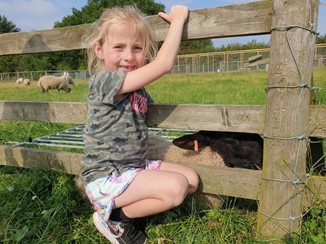 Clare said “The new enhancements to the neonatal ward sound incredible and would have made such a difference to us as a family. Lydia has two older sisters who love her very much. I felt so guilty leaving Lydia when I went to see my two girls at home and vice versa. Having them there with us more, in our own child friendly private area, would have really helped with Lydia’s recovery. The experience with Lydia was tough but it made us all very strong as a family. I felt blessed we had a happy ending and that Lydia was able to come home and get to grow up without any serious medical conditions.”

Betty's Story - in mum's own words

Our 4-year-old daughter Betty made an impressive entrance into the world at just 23 weeks into my pregnancy weighing just 650g. Because she was so premature, she needed neonatal intensive care where her tiny lungs were supported by a ventilator. Betty needed care at both Alder Hey Children’s Hospital and at Liverpool Women’s Intensive Care Unit.

Betty’s journey has been extremely difficult. She has fought sepsis, numerous infections and required multiple surgeries. Perforations in Betty’s bowel meant she needed emergency surgery at just 5 weeks old - before she was even supposed to be born!

This meant we had to take the most terrifying journey between the two hospitals more times than I can even remember, knowing that each journey with our fragile baby girl could be the last. I would hold my breath as our tiny baby was transported between hospitals to get the care and treatment she needed.

The new Surgical Neonatal Unit at Alder Hey will take away the worrying transfers between hospitals and bring family-centred care under one roof. I can’t even start to explain the difference that will make to mums like me. 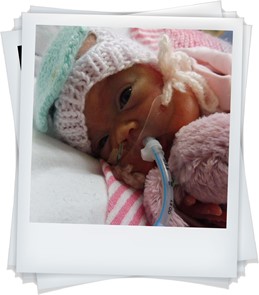 The teams at Alder Hey and Liverpool Women’s Hospital are angels and have given us the greatest gift in Betty, but we needed help from both hospitals to save her life. During her first critical care transfer to Alder Hey, Betty was only 800g.

When we met her first surgeon, Mr Bailey, all I could look at was his hands – they were bigger than our baby and I just didn’t know how it was possible to do what was needed for Betty. But they did.

Every single moment of Betty’s life is precious and during the toughest times we knew they could be the last moments. Being together as a family is everything in times like these. We were so aware of how vulnerable her precious life was as we had already lost our son George. He was born at just 22 weeks and we only had two hours to make memories with him. For some families, those memories are all you have so they really mean everything.

We know that Alder Hey and the Women’s have the experts. Betty is proof of that! Now they need a home together for families like ours. The new unit will provide that, keeping families close together and the experts on hand.

For Betty’s older siblings, Stanley and Martha, being separated as a family was extremely hard. We were travelling every day between our home and both hospitals and all the children were very involved in the whole process. We did make amazing memories – like when the staff safely bundled up our tiny baby into a “Betty Burrito” so that Martha and Stanley could hold her for the first time! 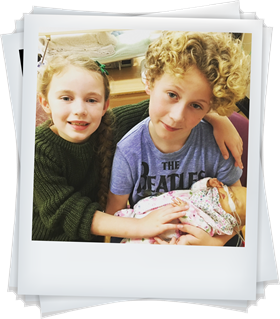 Living for a year on an intensive care unit is like stepping into another world – it’s impossible to explain and there is nothing that can prepare you. The thoughtful plans for the new Neonatal Unit at Alder Hey have been developed with input from parents of neonatal babies and it will make such a huge difference to the experiences of families like ours in the future.

The new Surgical Neonatal Ward will help more families like ours stay with their tiny babies during the most critical and scary of times.

We spent Betty’s first Christmas in hospital, and we were extremely- fortunate to have an hour together as a whole family to celebrate on Christmas Day. By supporting Alder Hey’s Neonatal Appeal, you can make it possible for families to be together and in the safest of hands – not just for an hour, not just for Christmas, but every day that their baby needs neonatal intensive care.

Best Wishes from our Alder Hey family to yours,

Karen and Phil, mum and dad to Betty, Stanley, Martha and George

Our Neonatal Campaign is raising funds to help create a wonderful environment for parents in our new Surgical Neonatal Unit at Alder Hey, allowing  families to stay even closer to their newborns during their care. 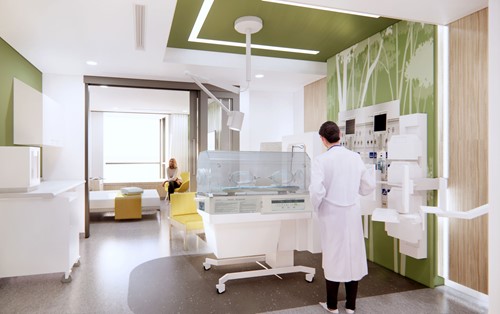 Experience and explore a  Cot Room

Experience and explore a Parent Room

View the Touch Down nurses view and corridor area.