Tom is a 13 year old boy who was living at home with his mum, step-father and one older and two younger siblings prior to admission to Alder Hey's residential mental health unit.

Tom is a 13 year old boy who was living at home with his mum and step-father, plus one older and two younger siblings prior to admission to Alder Hey. He was a residential patient at the mental health residential unit for almost 12 months, where he was assessed and underwent intensive treatment in relation to his condition which is complex. The residential Unit is currently at a separate location, away from Alder Hey Children’s Hospital. 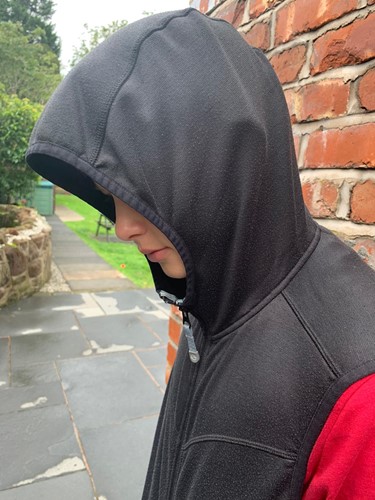 Prior to admission, Tom had struggled with managing his symptoms of anxiety which would often culminate in challenging behaviours to the degree that he was unable to manage in a mainstream school, or even in a nurture group within the school His mum would be called frequently to take him home. Tom’s behaviours included aggression towards others and damage to property; extreme distress that something bad would happen; struggles with having people too near and low level self-harmful behaviours such as sticking a pencil in his arm and attempting to scratch himself.

ADHD had been diagnosed but there was reluctance in the family to use medication due to concerns that it would make him worse – a concern that was based on what the family had read on the internet. Tom did not have a diagnosis of ASC at this point; his sensory issues were not understood, plus his level of understanding and learning were not clear.

Tom was unable to be safely managed at school which resulted in him being at home full time adding further difficulties as being at home took away access to his peer group and a daily structure that he would benefit from. Over time his home life deteriorated as pressure increased on his parents who were trying to provide for all of his needs.

Tom was referred to Alder Hey from the local community CAMHS team following an escalation in symptoms that became overwhelming with Tom having increasingly intrusive thoughts. These included anxious worries that some harm would come to his mum or siblings when they went out or when he was not with them; he also had thoughts about drinking things like bleach and at one point Tom had to be stopped from making his way to a bridge to jump off. He became further isolated in the home setting, spending most of the time in his bedroom playing video games. His daily structure deteriorated and he spent most nights awake and slept during the day.

In August 2018 he was admitted to Alder Hey due to suicidal ideation, self-harming behaviour and hallucinations.
During the first 6 weeks, the suicidal ideation and self-harm behaviours diminished rapidly with the implementation of clearly communicated routines with boundaries, and management of sensory and anxiety symptoms in an environment that was safe for him. The unit has a high level of staff presence to provide one to one support to help him manage should he become overwhelmed and to ensure safe physical containment due to the increased risk of harm to himself or others.

A safe environment is essential and the unit has a number of spaces a child can be nursed separately in to preserve their dignity and provide privacy as well as keeping them from harm. Having a robust environment also means damage is limited as it can withstand multiple attempts to destroy it.

Sensory spaces ensure a calm, safe space. Staff could even lower the temperature in the room to help Tom, as when aroused his skin would become very hot and sensitive, meaning the slightest touch would register as pain to him which was especially difficult if staff had to physically contain him.

Within the unit, having a variety of spaces enabled safe management and allowed staff to safely test out slowly introducing Tom to his peers, initially by joining a small class group and then the full group over time.  A variety of therapy spaces was helpful as Tom could struggle with small enclosed spaces, so having access to a large group areas or using soft play spaces was helpful.

Tom was then gradually and safely introduced to a variety of outdoor spaces – a sensory garden; a vegetable garden and playing fields before being taken out into the local environment and eventually further afield to local museums and attractions.

After a number of months of gaining further understanding and trust the staff at the unit were able to confirm an additional diagnosis of ASC and sensory issues as well as eventually gaining agreement to treat his ADHD symptoms with medication.
Positive behavioural support plans were in place which improved his behavioural responses and management, although Tom would occasionally revert to very challenging behaviour resulting in violence and damage to property.

During his time at the unit, family visits took place inside then graduating to outside in the unit grounds, the local community and eventually steps to short home leave with staff support. Further leave home was implemented over time until full weekends and then day patient status at the unit was established.

Despite his great progress, having more time at home showed to the family that they could not support Tom in the same way the inpatient service could and there were increasing incidents when younger siblings felt anxious and unsafe around him. As a result Tom returned as a resident to the service and then a specialist provision was sought in August 2019. The provision mirrors what the unit has provided but is in a long term educational and care setting which will provide continuity of care whilst still enabling a step down to day provision should this be possible in the future.

7 in 10 children and young people who experience a mental health condition have not had appropriate interventions at a sufficiently early age. Alder Hey Children’s Charity’s ‘7 in 10 Children’s Mental Health Appeal’ is aiming to raise vital funds to enhance inpatient and Community mental health services at Alder Hey Children’s NHS Foundation Trust, enabling more children to access the treatment they need at the time they need it.

A new ‘Clinical Hub’ is being built which will include mental health outpatient facilities and a brand new twelve bed specialist inpatient mental health Unit, alongside other cross dependent community health services.

Located right next door to its state-of-the art specialist hospital and within a modern, child-friendly building, the enhanced provision of mental health services will increase current available inpatient bed capacity and enable more children and young people to be seen and treated quickly by experienced, specialist clinicians.

Patients and their families will be able to receive rapid and early access to co-ordinated multi-disciplinary care, benefitting from the most up to date assessment and diagnosis facilities. The Hub will also enable Alder Hey’s community services to link more closely with its specialist hospital services, enhancing care for children with long term conditions such as neurology, cardiology and infectious diseases.

You can support Alder Hey by making a donation or set up a regular monthly direct debit here.

Names and details have been change to protect our young patients. The image above is a model.