Our President, The Countess of Derby

Our President is Caroline Emma Stanley, Countess of Derby

Our Charity President is Caroline Emma Stanley, Countess of Derby. 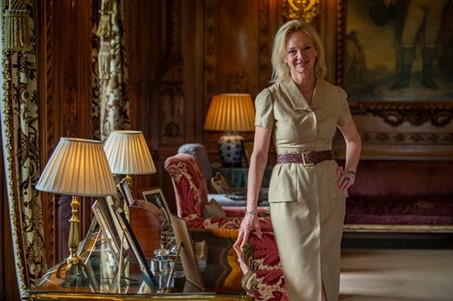 A trained art historian, the Countess of Derby secured dual honours in History and History of Art from one of the country’s top institutions, the University of London. Her talent and passion led her to the Royal Collection and the role of Exhibition’s Assistant to the Surveyor of The Queen’s Pictures, a position she held for 9 years.

In 1995 she married The Earl of Derby and quickly put her skills to overseeing the major restoration of Knowsley Hall, including its art collection, which is still an ongoing project. Lady Derby also competes in dressage, where she is currently the National Music Champion at Prix St Georges level.

When not centrally involved with Knowsley she devotes her time to a number of local charities, including Alder Hey Children's Charity.