Lenny is a Matalan model!

One year old Lenny has Down syndrome. 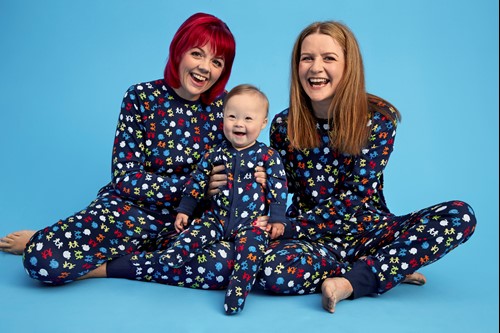 At six months old Lenny underwent open heart surgery at Alder Hey. He was expected to be in hospital for up to five weeks, but by the time he got to intensive care he was breathing for himself and four days later, the little fighter was home and well. Since his successful operation Lenny has surpassed his doctor’s expectations with his swift recovery and his smiley face lights up everyone’s day. Lenny is under the watchful eye of Dr O’Connor as well as A&E nurse Katrina who has cared for Lenny many times, from when he went into cardiac failure at 3 weeks old to looking after him when he was admitted this year for a chest infection.

Lenny is one of the models in the 2019 Matalan Alder Hey PJ Campaign.