Grace Lee at just 13, is a young singing sensation having performed on national TV and with the cast of Matilda.

Grace has had six life-saving cardiac operations at Alder Hey and is now leading the campaign’s charity single ‘Reach for the Stars’ to give something back to the hospital which saved her life. Grace was born on the Isle of Man in 2005 and at first appeared to be a very healthy baby. However Grace’s mum Kara was so concerned about Grace’s health within hours of her birth she persuaded her local hospital to refer Grace to Alder Hey. “Within hours of her birth I knew something wasn’t right. Grace was breathing rapidly, even panting. She was also suffering with jaundice, struggling with fluid retention and a rapid heart rate. So we were eventually referred to Alder Hey for a heart scan.”

Kara and her husband Chris took Grace from the Isle of Man to Liverpool at just 8 days old. Grace’s tiny heart was scanned and Kara and Chris were told that Grace’s condition was very serious: “Dr Joyce Lim, a cardiac registrar at the time told us that Grace had an extremely severe and very complex form of congenital heart disease that that she was very sick indeed,” Kara explains. “I remember asking if it can be fixed and when can we go home, but Joyce told us that although there was a surgical option for Grace, she could not guarantee that she would survive. It was only then that it hit home how ill Grace was. I had only given birth to Grace, my first child 8 day ago and now I was told that I may lose her. I was emotionally and physically exhausted.” 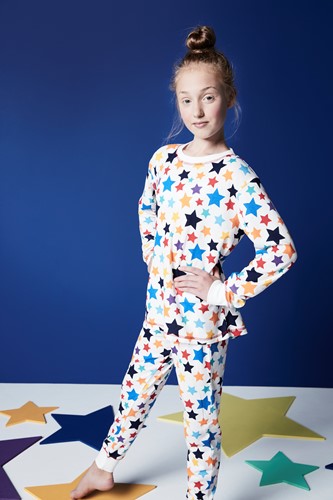 Grace was diagnosed with hypoplastic aortic arch, coarctation, ventricle septal defect and small outlet in the left side of the heart. This means that the structures on the left side of Grace’s heart have all been small which needed enlarging. There was an additional hole in between the pumping chamber of the heart (ventricular septal defect) which also needed closing. Grace has an incurable congenital heart condition. Grace was taken to intensive care and Kara and Chris were told that surgeons would need to perform a series of operations on Grace’s heart to prolong her life with the first one being done that same day.

Kara said: “Before she went to theatre, we had a brief time with Grace where we were allowed to hold her and take some photos. We declined the offer of having her christened as we were adamant that she would be OK and we could do this at home.”

Grace had the first of six successful heart surgeries that day with her last cardiac surgery in 2016. The same year of her first operation, Grace suffered a cardiac arrest and later on also developed a chronic lung condition too which Alder Hey treated but despite all the odds, Grace is now 13 and is one of Alder Hey Children’s Charity’s Young Fundraising Ambassador having raised thousands of pounds. “We are forever grateful to Alder Hey and for all they have done for Grace over the years. To all those who have cared for her, we honestly could not have wished for better from Alder Hey, we are extremely lucky to have them,” says Kara.

Outside of Alder Hey, Grace is a big sister to brothers Harry and George. She has also developed an amazing talent for singing. She has appeared on ITV’s Surprise Surprise where she performed with the cast of Matilda and now has recorded a single as part of Matalan’s #BeASuperstar2018 campaign. She has also gone on to sing for numerous charity events for Alder Hey Children’s Charity at various locations including Liverpool One, Knowsley Hall, ECHO area, Heathrow &  Liverpool John Lennon Airports and the Dorchester Hotel, London.

Grace said “I am so grateful to Alder Hey Children’s Hospital for saving my life. My cardiologist Dr Joyce Lim has looked after me since my ever first day at Alder Hey. Dr Kevin Southern has looked after my lungs since I was 2 years old. Because I have known them so long and they are so nice I never feel worried going to hospital. I love singing and I absolutely love singing for Alder Hey! At home I go to school at King Williams College and they always support me going to England to sing for Alder Hey. I also enjoy ballet and drama/musical theatre classes.

It has been absolutely incredible being part of the Matalan Superstars Campaign, the photoshoot and recording of our single was just fabulous! Thank you so much to Matalan for supporting our remarkable hospital!”

You can download the single on iTunes and GooglePlay, stream on Spotify or buy the CD in Matalan and at the hospital charity shop. Search "Reach for the Stars"